This is the last of our featured "lost" missions of Yucatán.
We welcome any comments, suggestions or information on these or other similar ruins. 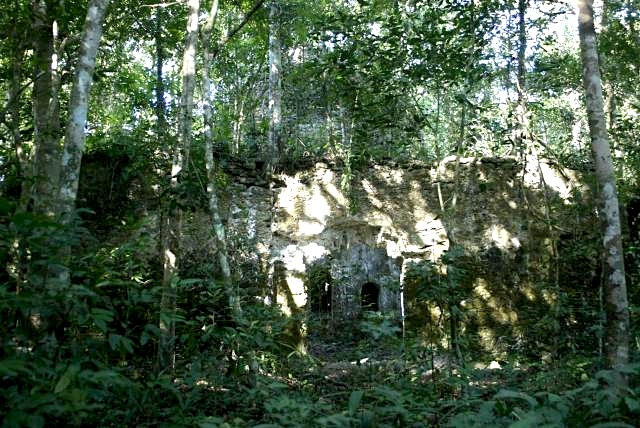 Chichanhá was the capital of the Icaiché Maya, an offshoot of the Itzá Maya, located well inland from Chetumal in the southwestern part of the Yucatán peninsula, now in the state of Campeche.
Late in the 1600s the Franciscans established a major mission here, dedicated to St Clare, intended to serve as the main evangelical center for the conversion of the Itzá.
The mission functioned sporadically during the late colonial period until it was finally destroyed during the Caste War of the 1840s and the roofless church abandoned to the tropical bush. 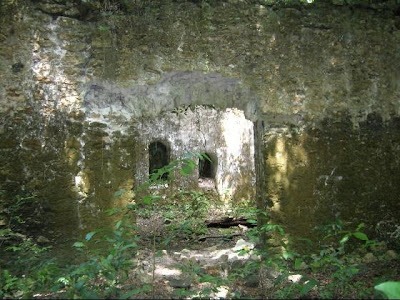 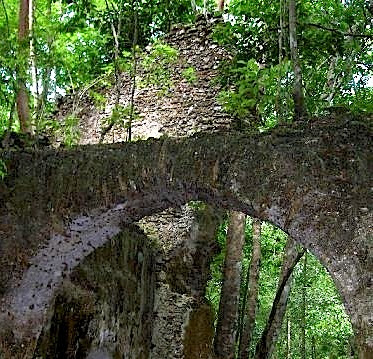 Like Oxtankah, Santa Clara Chichanhá was an impressive structure. Today only the masonry walls and apse of the mission remain, complete with a stone altar and baptismal font.
Until recently, niches in the apse contained the bones of Franciscan friars. 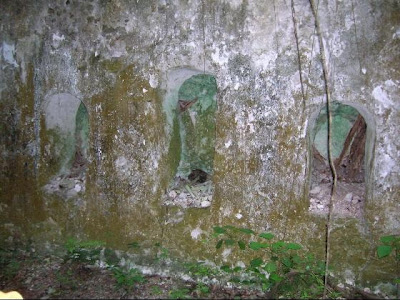 For more on the history and art of the Yucatán missions, consult our published guides.
Posted by Richard Perry at 1:40 PM