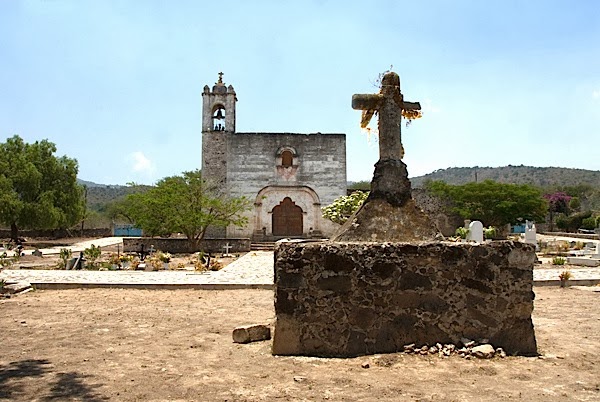 San Agustín Tepatetipa
This modest chapel, only a few kilometers north of Metztitlan, has several features of interest. First of all, although dedicated to St Augustine, the date of 1525 inscribed on the facade predates the arrival of the Order in the area.
Although a primitive chapel may have been built by the local encomendero Alonso de Mérida—the name Alonso appears in the inscription—the appearance and architecture of the church are of a piece with later Augustinian chapels in the region, with its conventional squared front and single tower. A dilapidated stone cross stands atop a massive pedestal in front of the church. 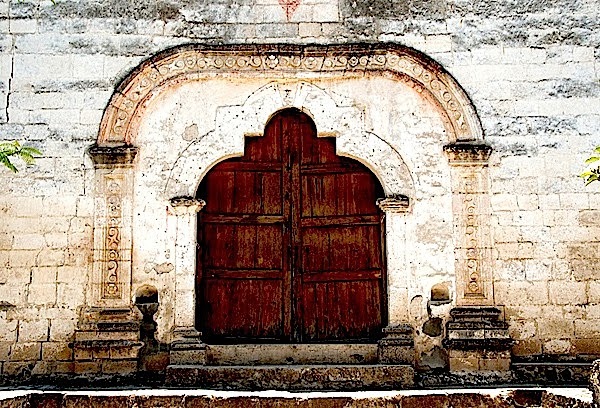 The doorway has some unusual characteristics: the quatrefoil style inner doorway—a later insert—is framed by the earlier basket handle arch carved, like the jambs, with S shaped scrolls and rosettes. The choir window, by contrast,  is generously but plainly framed. 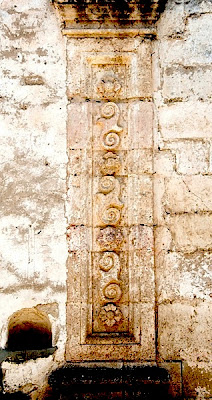 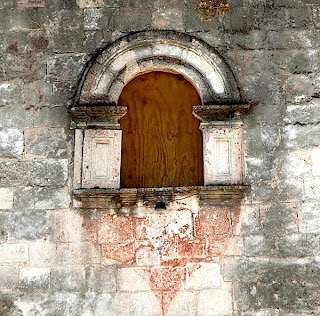 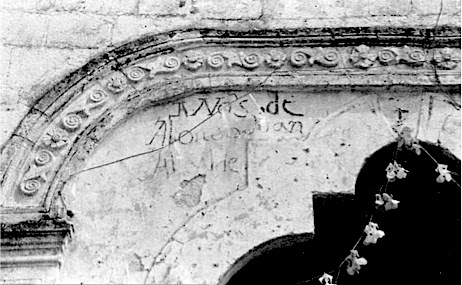 Another unique feature at Tepatetipa is the elongated wing to the south of the chapel, fronted by a now enclosed portico with a barrel vault.  A similar vault runs down the center of the nave, formerly painted with geometrical, Serlian style coffering as at Metztitlan.
text © 2013 by Richard D. Perry.  color images courtesy of Niccolò Brooker and Charlotte Ekland.
black and white images © Pablo Escalante
We accept no ads. If you enjoy our posts you may support our efforts
by acquiring our guidebooks on colonial Mexico.
Posted by Richard Perry at 12:51 PM