From time to time we take a look at modest rural churches with colonial antecedents that are overlooked by most students of viceregal art and architecture, but that often possess features of artistic interest. We like to call them Hidden Gems. 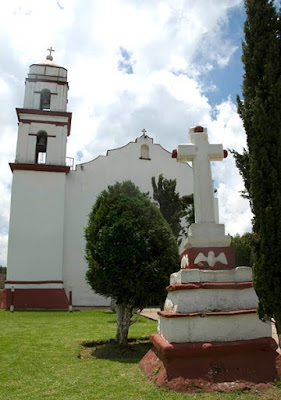 Like Ocoxochitepec, San Pablo Malacatepec is a small community in the wooded mountains west of Mexico City close to the Michoacan state line, recently in the news as a possible protected butterfly refuge.
The pleasant but unexceptional church front retains vestiges of early stonework dating from the 17th century, but the main interest lies in the church interior. 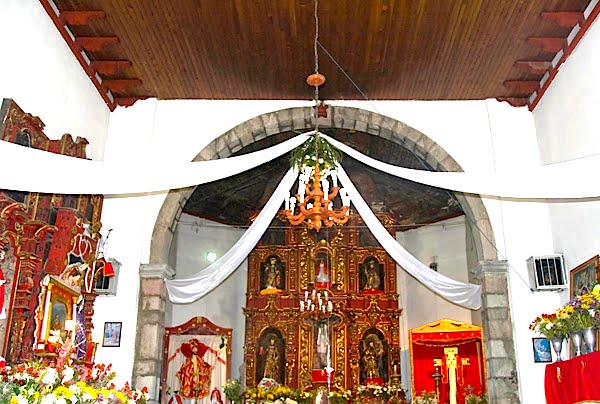 A handsome but plain wood beamed ceiling of recent vintage leads the eye to the apse, which preserves its older, paneled wooden artesonado ceiling above the main altarpiece. 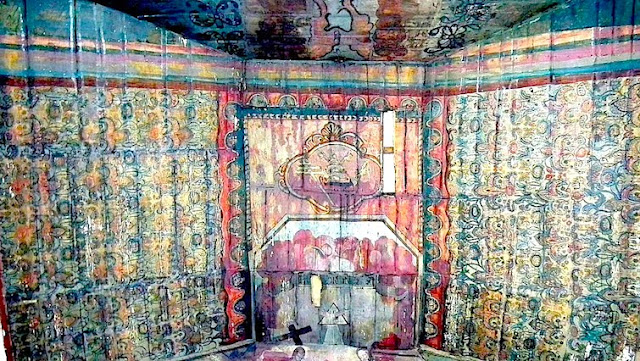 The unusual aspect of the apsidal ceiling is that it is covered with murals—a feature unique to this region but more closely associated with the painted church ceilings of western Michoacán, which we featured earlier on this blog (map). 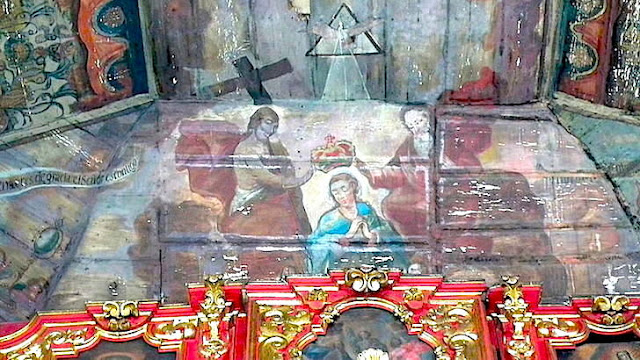 Like many of the Michoacán ceilings, the subject of the Malacatepec ceiling is the Virgin Mary, in this case portraying the Coronation of the Virgin by the Holy Trinity.
The centrally placed figures of the principal actors are flanked by symbols of the Virgin and ribbon like devotional inscriptions, and simply drawn in popular style—probably dating from the late 18th or early 19th century. 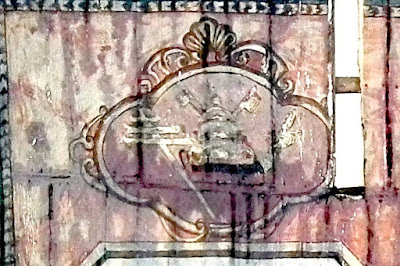 The keys of St. Peter and the papal cross above the Coronation scene emphasize the diocesan origin of the church—also underlined by the crossed keys emblazoned on the entry gateway. 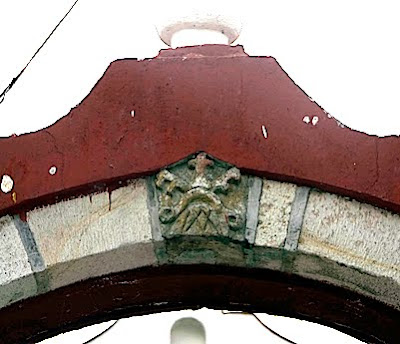 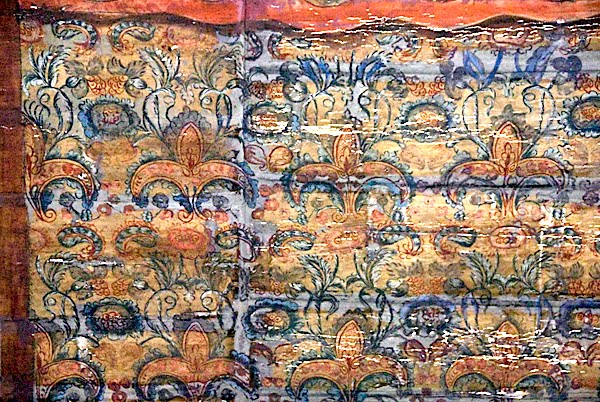 The narrative scenes in the center are flanked by rows of fleurs-de-lis motifs amid swirling foliage lining the sloping side panels. Various hues of red, orange and blue together with earth colors predominate in the murals. 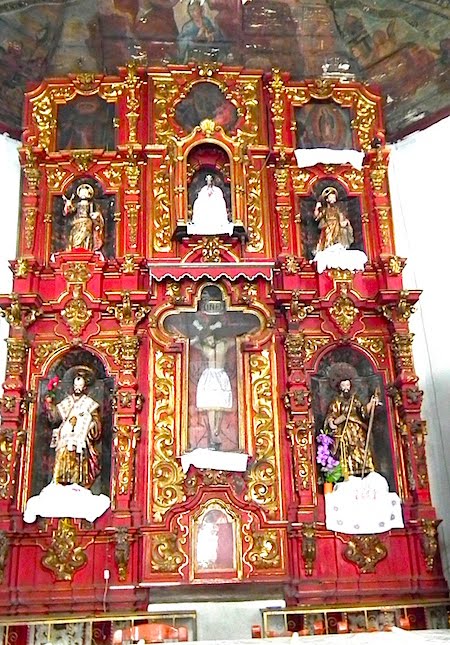 The Main Altarpiece
Framed in provincial late 18th century style, the handsome red and gilt altarpiece has been recently renovated. It is notable for its statuary, especially the sumptuously appareled figures of St. Peter, again with the crossed keys, and the church patron St. Paul, who occupy the principal side niches. 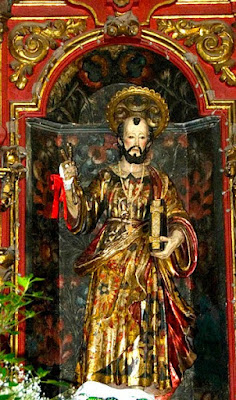 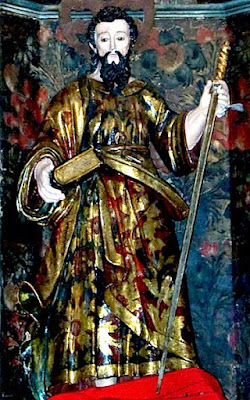