In a previous post we showcased the retablo of St. Rose of Lima in the Dominican church of San Felipe & Santiago Azcapotzalco  in Mexico City.  In this post we look at the first of two altarpieces in the adjacent Rosary Chapel: The principal retablo of El Rosario is dedicated to the Virgin of the Rosary, a devotion especially associated with the Dominicans. 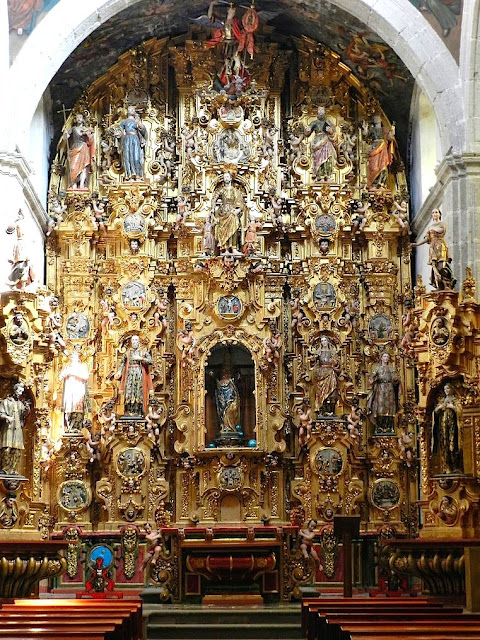 Created c.1775, the gilded retablo mayor is fashioned in the terminal baroque style known as anástilo (eg: without support) in which ornament overwhelms visible structure.

Figural ornament is confined to statuary. A modern statue of the Virgin of the Rosary appears in the center niche or vitrine. Most of the other figures however, appear contemporary with the retablo itself, from the 1770s: The Virgin is flanked by statues of her parents, Sts Joachim and Anne. 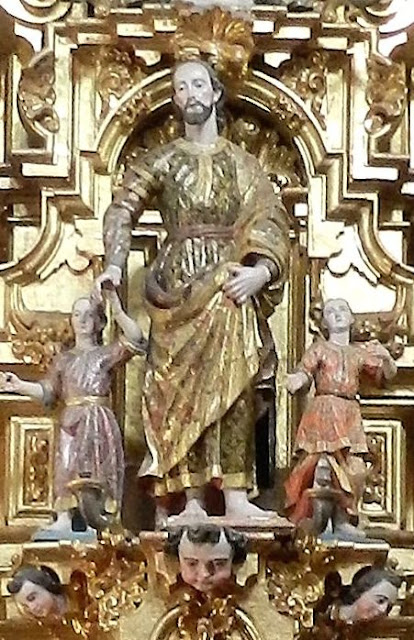 St. Joseph stands with the Christ Child in the niche above her, flanked in turn by Sts Peter and Paul in the lateral niche-pilasters.  Others include St John the Evangelist and John the Baptist  as well as Zacharias and Isabel, the parents of the latter.
The Archangel Michael steps out from the apex of the retablo.
Numerous rounded reliefs illustrate the mysteries of the Rosary, the Joys and Sorrows of the Virgin. 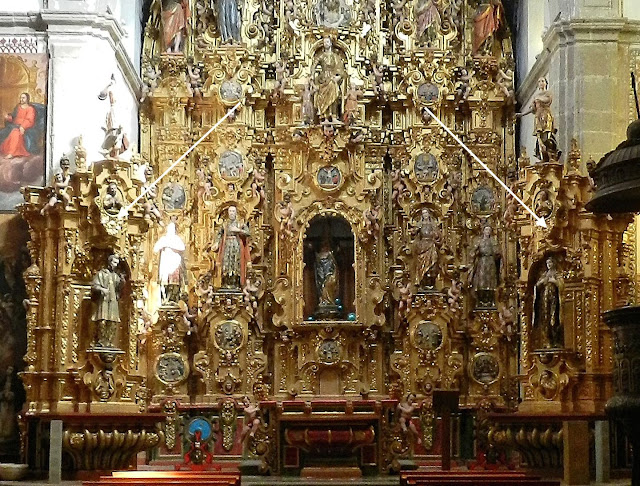 The altarpiece is flanked by corner altars beneath the dome in a similar style of ornament: showcasing statues of St John Nepomuk and St Gertrude.
text © 2018 Richard D. Perry
color images by JIL
Posted by Richard Perry at 10:10 AM