Isolated on a mountain knoll, the ocher walls of the ruined fortress monastery of La Purísima Concepción de Bucareli present a striking image outlined against the green ridges of the Sierra Gorda de Querétaro. 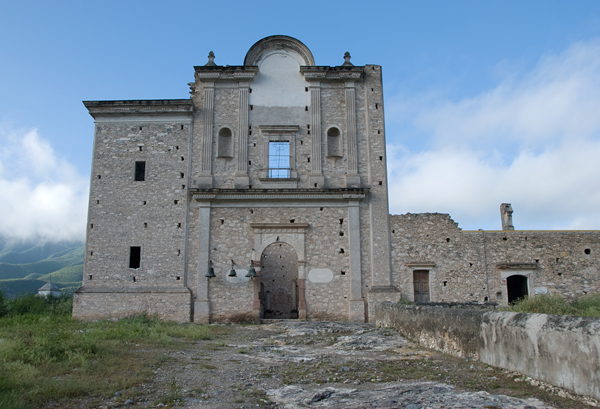 Some years after the abandonment of the Sierra Gorda missions in the later 1700s, the Franciscan order felt the need to maintain and renew their missionary effort in the region. To this end, in 1779, the eccentric friar Fray Guadalupe de Soriano tirelessly lobbied for a monastery to be built on the western flank of the sierra.
With the support of the reformist Bourbon viceroy Antonio de Bucareli, for whom the mission settlement was named, the monastery was intended as a refuge and religious center for the dispersed Indians—Pames and Jonaces—of the area. It was also planned as a seminary, to prepare the friars for future missionary work in the sierra region. 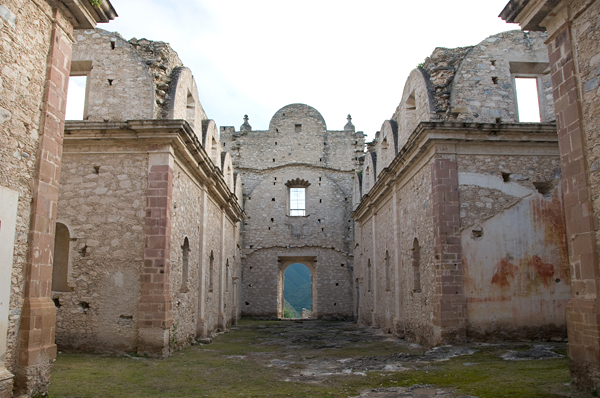 However, this grand scheme was never came to fruition and the mission was abandoned before its completion. The imposing roofless church, set on the brow of a rocky outcropping, was never completed; today its austere neoclassic shell remains open to the Sierra skies often streaked with clouds and mountain fog. 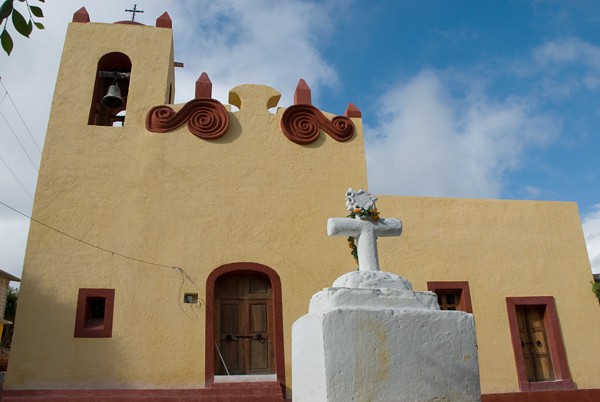 Down the hill from the majestic ruined church is the far more modest community chapel, its otherwise plain facade capped by giant ornamental scrolls. 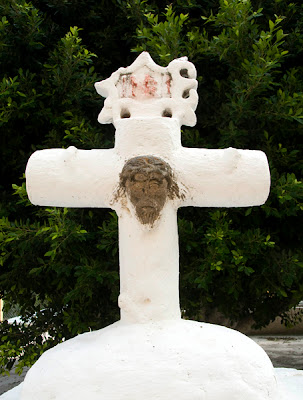 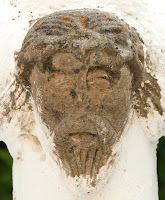 A primitive stone cross stands in front of the chapel, its stubby arms and shaft softened by repeated whitewashings that have obscured much of the sparse carving including angled spikes on the arms and shaft and the battered INRI plaque at the head. The exception is a crude, scarred Face of Christ at the crossing. 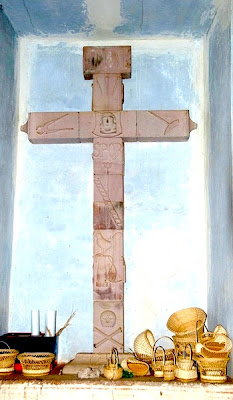 By contrast, a second cross at Bucareli, of more recent manufacture, is built up of  sharply detailed but conventional reliefs of Passion symbols and objects.
The only oddity here is the letters SPQR inscribed on the upper shaft. A Latin acronym signifying the ancient Roman republic (Senatus PopulusQue Romanus) this inscription is found on only two other crosses in Mexico, both of them in the El Pueblito suburb of the nearby city of Querétaro.
It may be that only one is original and the others recent copies, although its meaning on these crosses is unclear. 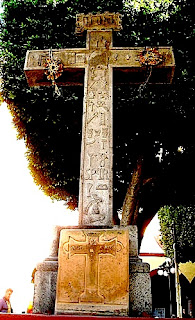 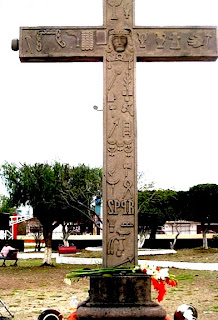