For our final post on Tepeyanco we look at the church interior. 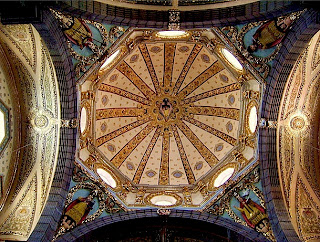 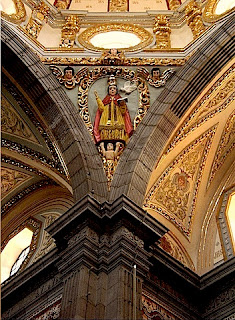 Like the church front, much of the interior is also lavishly decorated, especially at the crossing whose octagonal drum with gilded, oval windows supports a painted, ribbed dome. Classic, folk baroque reliefs of the Four Evangelists adorn the pendentives. 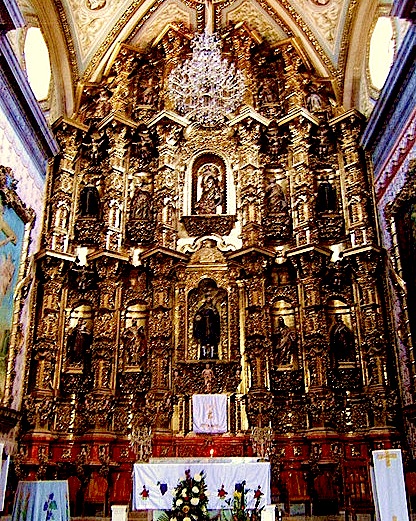 But the principal feature of the interior at Tepeyanco is its magnificent gilded main altarpiece that soars into the apse at the far end. Lavishly designed in highly ornate baroque style, this exuberant late 18th century retablo is dedicated to the Virgin of the Assumption, whose statue occupies the upper central niche.
Triple, freestanding estípite columns dramatically project on either side, jutting at a sharp angle on pointed, broken cornices. The columns frame tiers of sculpture niches filled by statues of Franciscan and other saints and martyrs, most notably a magisterial St. Francis, clad in a black habit in the center.
Gesturing archangels float above the niches and all the intervening areas are filled with gilded filigree ornament. An extraordinary work of art.