The Stones of Molango

The isolated Augustinian monastery of Our Lady of Loreto Molango stands upon a platform high above the village, a precipitous site that seems suspended between the often misty skies and the green chasm of the valley below.

Its tree girded atrium stretches to the edge of the heights bordered by a crenelated wall, above which rises a campanario or freestanding belfry.* 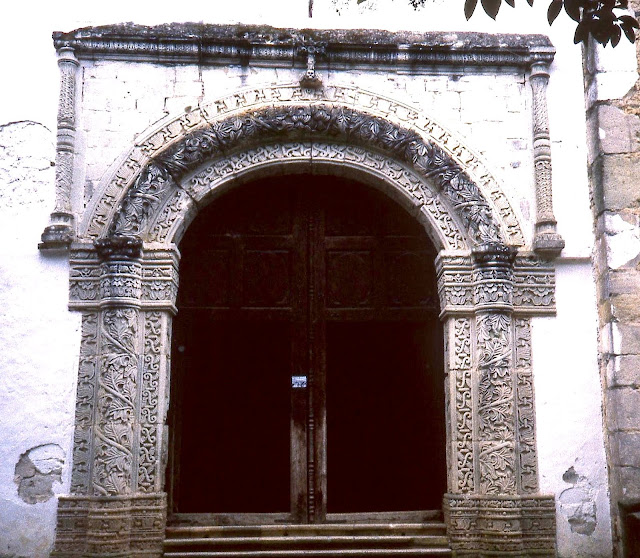 The facade is distinguished first by its extraordinary, sculpted west doorway. Half columns boldly carved with spiraling vines divide the broad jambs, extending into the arch over the doorway. Repeated, foliated motifs flank the columns and archway and extend across the capitals. 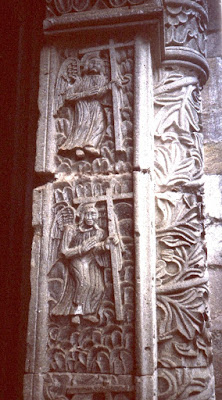 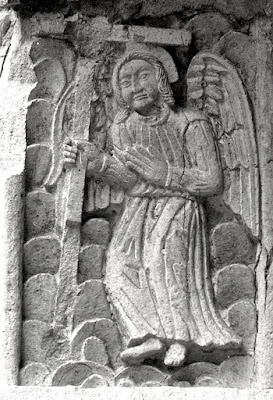 But the most striking element in the doorway are the angels adorning the inner jambs. Carved in sharply undercut "tequitqui" style, they are portrayed full length, with wings spread and upholding large crosses against a backdrop of celestial clouds. Some of the faces are inset with obsidian eyes. 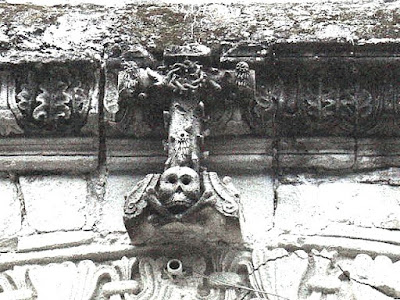 A miniature Calvary cross finely detailed with stylized Crown of Thorns, Wounds and Skull & Bones at the apex of the archway links to the alfiz overhead, formed by baluster style colonettes densely decorated by feathery filigree. 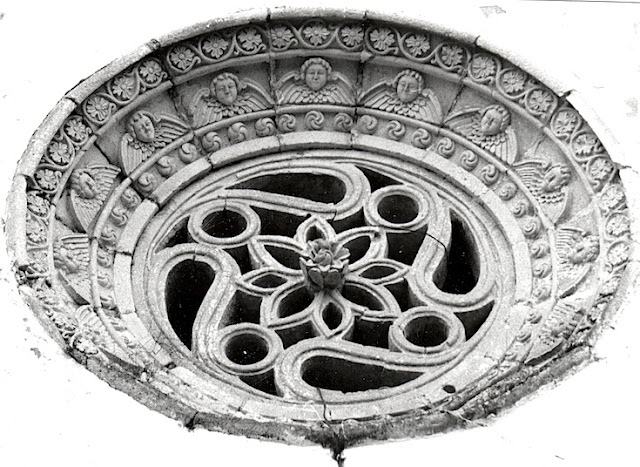 The second distinctive feature of the facade is its rose window, ringed by angels heads, vines and “windblown” rosettes. The rosette at center is set in a swirl of flamboyant tracery. 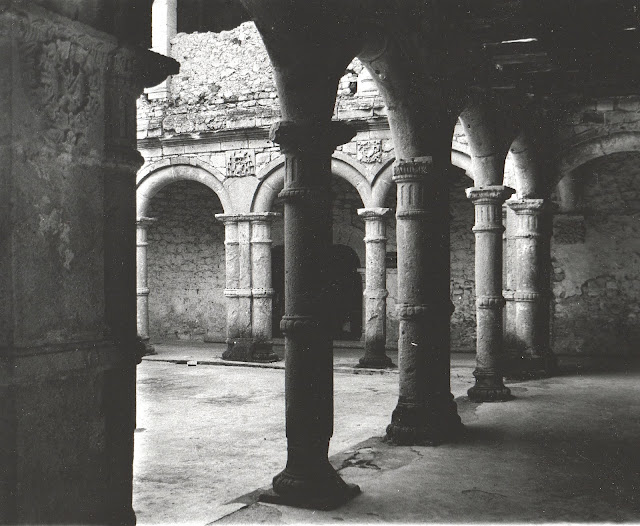 The cloister arcade features plain columns massed in the corners—a simplified version of the treatment seen in the Augustinian cloisters at Atotonilco El Grande and Acolman. 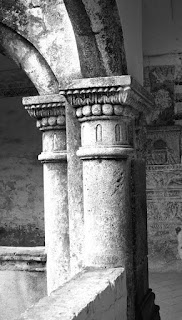 cloister columns at Atotonilco El Grande (l) and Acolman (r)
As at Acolman, reliefs of Augustinian and other insignia, many carved with exotic foliage, are emblazoned above the arches: 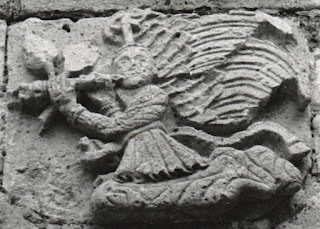 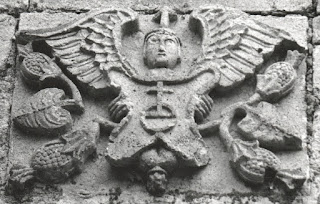 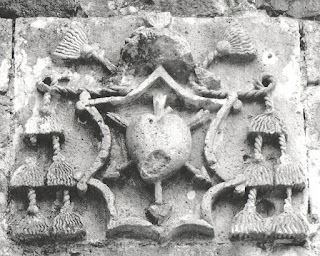 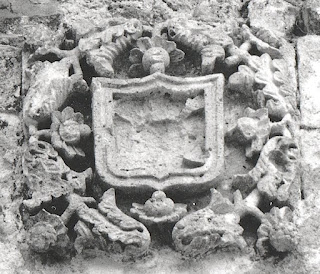 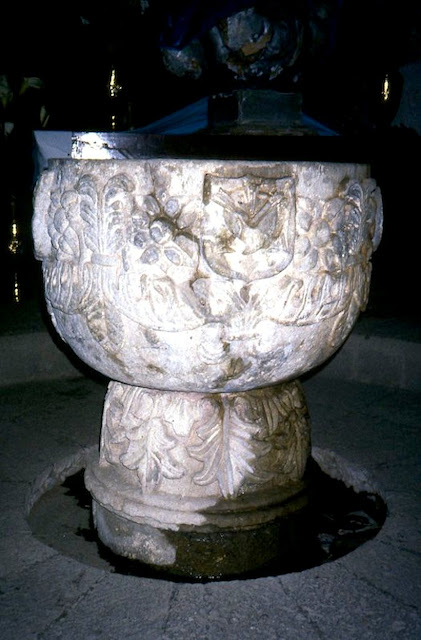 A final piece of exemplary stone work at Molango is the ornamental baptismal font, also boldly carved with rosettes and large scale foliage interspersed with the Augustinian pierced heart.
* The freestanding belfry, or espadaña exenta, at Molango is one of three surviving examples in the Sierra Alta. The other two can seen at Tlanchinol and more remote Chichicaxtla. 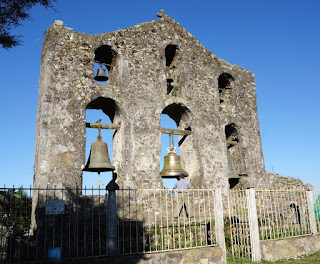 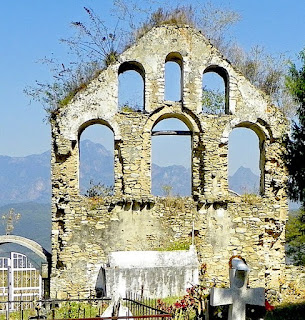 the campanarios at Tlanchinol and Chichicaxtla
text © 2017 Richard D. Perry
except where noted, photography © 1990 by the author. all rights reserved
Posted by Richard Perry at 2:04 PM