The stone fonts of Puebla: Atlixco

In earlier posts we looked at the exceptional altarpiece in the hilltop Franciscan monastery church of Asunción Atlixco. For this post we feature two old carved stone fonts also found in its precincts. 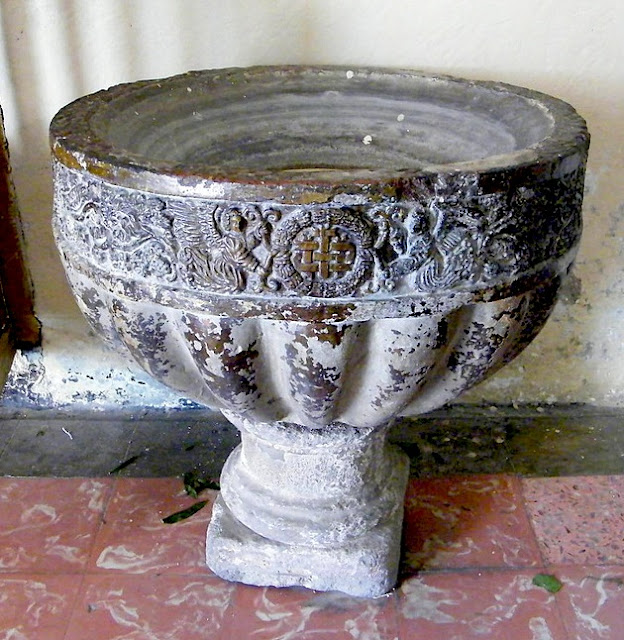 Like the baptismal font at Acatzingo, this scalloped basin is rimmed by reliefs of fluttering angels, although on a more modest scale and, in this case, supporting the wreathed, woven monogram of Christ (IHS) 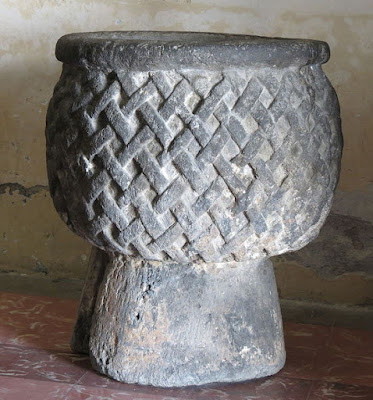 The second, older and more primitive font in the church is carved overall in a basketwork pattern of interwoven strips. 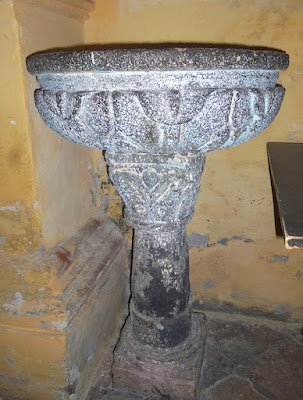 A third sculpted stone font in Atlixco is located in the Franciscan sister church of the Third Order, down the hill from the main monastery.
Interestingly, none of these fonts feature the knotted cord of the Franciscan order.

text and color images © 2016 Richard D. Perry
See our posts on other Pueblan pilas at Acatzingo and Tecali, and those in other states, including Oaxaca, Yucatán, Michoacán and Tlaxcala.
Posted by Richard Perry at 9:51 AM