Another impressive but remote church in the Sierra de Juárez is that of San Baltázar in the hill community of Yatzachi El Alto, not far from Zoochila along a tortuous mountain road. 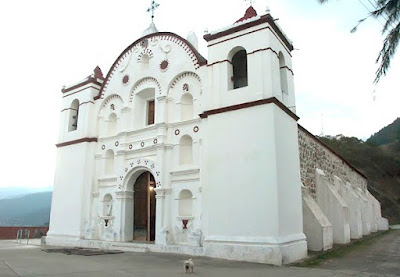 Its imposing, neatly repainted front, configured with sculpture niches and squat flanking towers like nearby Tabaa, is very much in the Oaxacan "earthquake baroque" style. 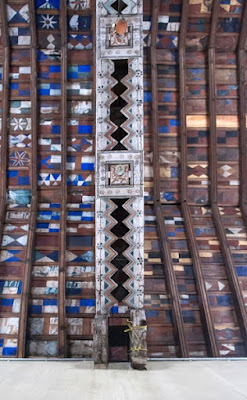 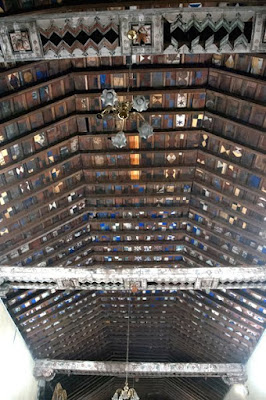 Inside, the church is entirely vaulted by a remarkable painted wooden artesonado ceiling, tied by cross beams carved in a complex mudéjar fashion. 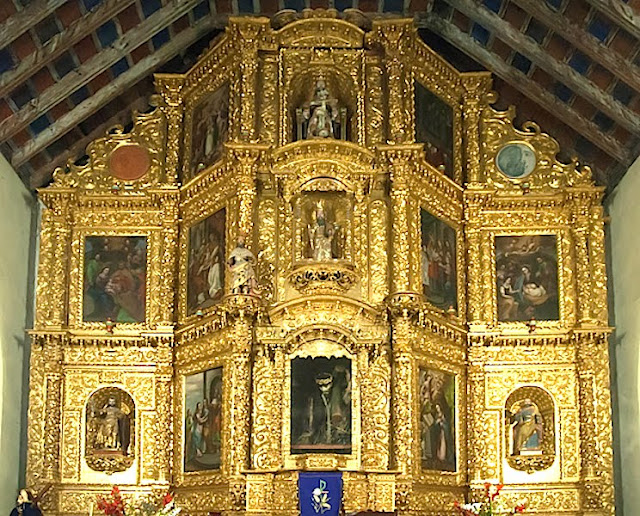 Like others in the region, the principal treasure of the church is its magnificent gilded main altarpiece. Constructed with a projecting center pavilion with flanking wings like the main retablo at San Juan Tabaá, the altarpiece is another opulent example of the classic Oaxacan baroque style, replete with foliated helical columns and jutting cornices hung with spindles, set in a dense matrix of gilded filigree ornament. 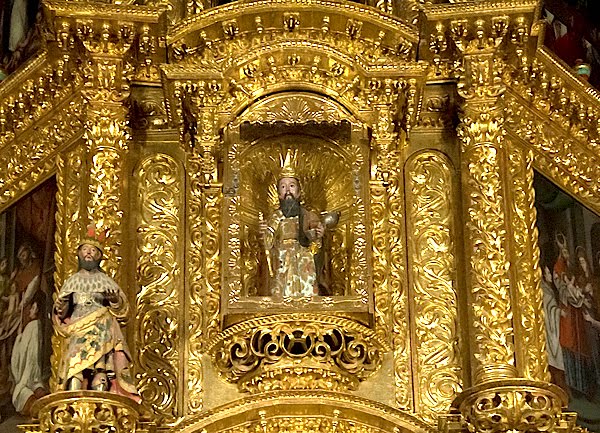 St. Balthazar, the patron saint and traditionally the dark skinned one of the Three Kings, occupies the elaborate center niche, flanked by one of his companion Magi on the left (the third king is missing) 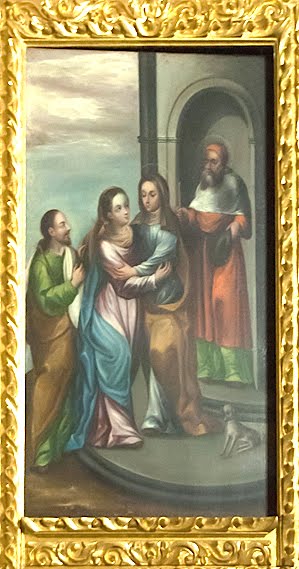 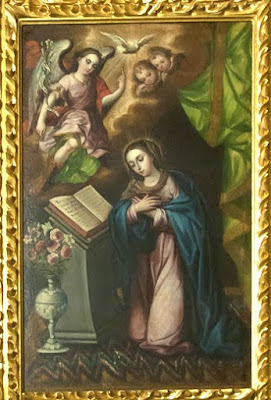 The Visitation;                                 The Annunciation.
Eight large, rectangular paintings of scenes from the life of the Virgin Mary fill the lateral frames of the retablo, their broad range of color rendered in a soft, popular baroque style.

Another artistic and musical treasure at Yatzachi is its handsome 19th century pipe organ, currently in need of restoration—further witness to the former wealth of this remote hill town.
text © 2018 Richard D. Perry.
color images © Niccolo Brooker— our friend, intrepid traveler and aficionado who brought this colonial treasure to our attention.