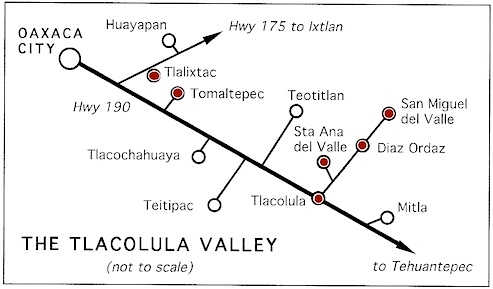 Before we go up to explore the more remote churches in the Sierras, we look at one more church of interest in the Tlacolula valley—that at Santo Domingo Tomaltepec. 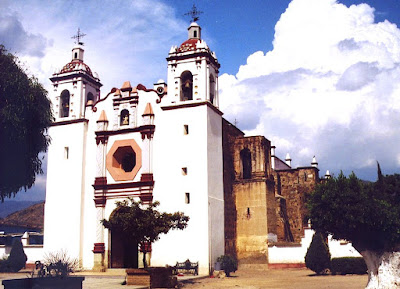 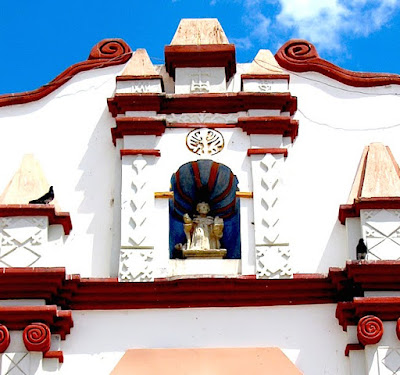 The eye is drawn upwards to the baroque gable atop the facade, neatly outlined in brown, where colorful ceramic plates are embedded in the matching towers and cupolas. A diminutive statue of St. Dominic, the patron saint of the church, stands in the crowning niche. 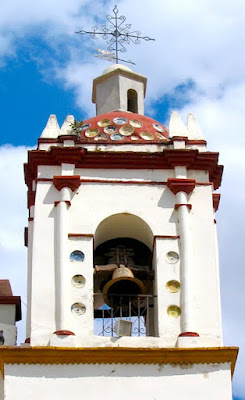 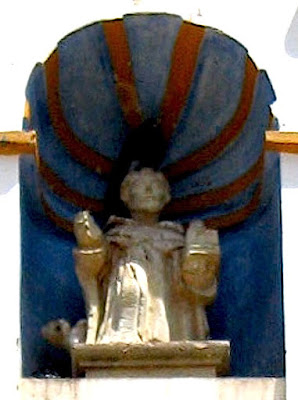 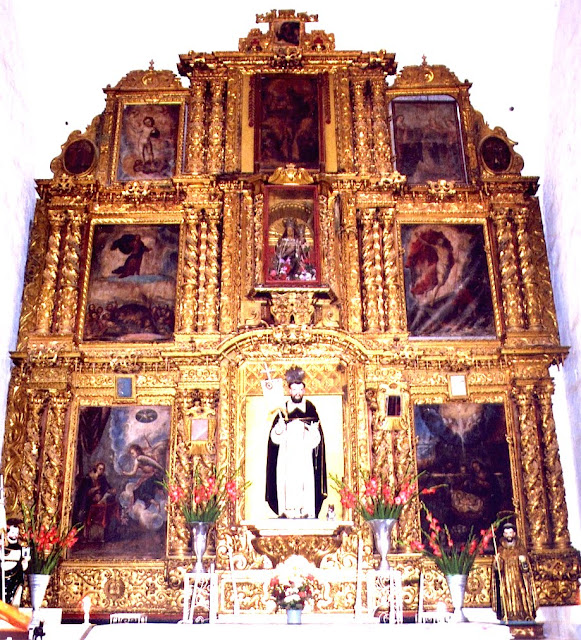 A colorful frieze, or dado, runs along the nave on either side, providing a backdrop to several fine colonial statues and a pair of late 18th century side retablos, also of high quality. 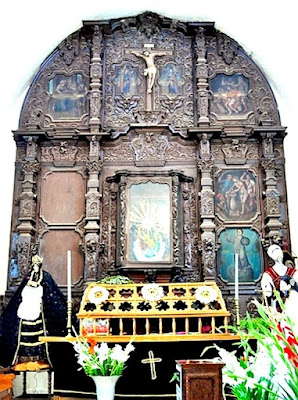 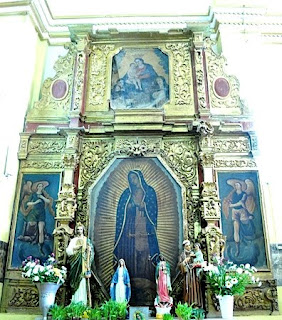 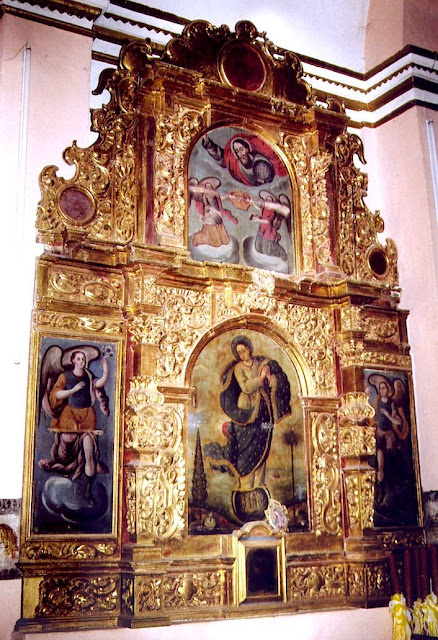 An exquisite smaller retablo, dedicated to La Purísima, is of exceptional artistry. Its main focus is a striking image of the Virgin, set against a stylized landscape surrounded by her attributes. The sinuous folds of her star-spangled gown, outlined by gilded borders, are especially striking. 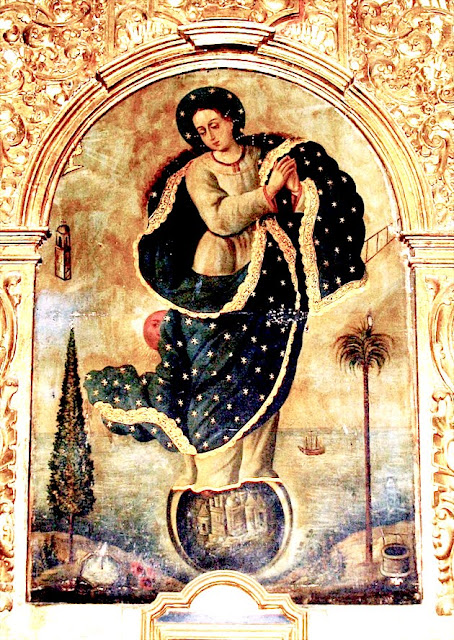 text © 2018 Richard D. Perry
images by the author and courtesy of Felipe Falcón

links to our other Oaxaca posts: