In 1542 the people of Tamazulapan cut wood in the mountains to build the first mission in this crossroads town of the Mixteca Alta region of northern Oaxaca. By the mid-1580s a substantial Dominican church had replaced the primitive structure. In the 1700s, the church was apparently rebuilt and a lofty new front added in an imposing "retablo" style. The facade is currently painted a dazzling white, accented with brown, and greatly enlivened by charming folk baroque reliefs of saints and angels in carved stucco.

The Altarpiece
In 1587 the Sevillian artist Andrés de Concha, who also created retablos for the grand Oaxacan priories of Yanhuitlan, Coixtlahuaca and Teposcolula, entered into a contract with the town of Tamazulapan to fabricate and decorate the principal altarpiece for the new church, at the then princely sum of 2000 pesos. 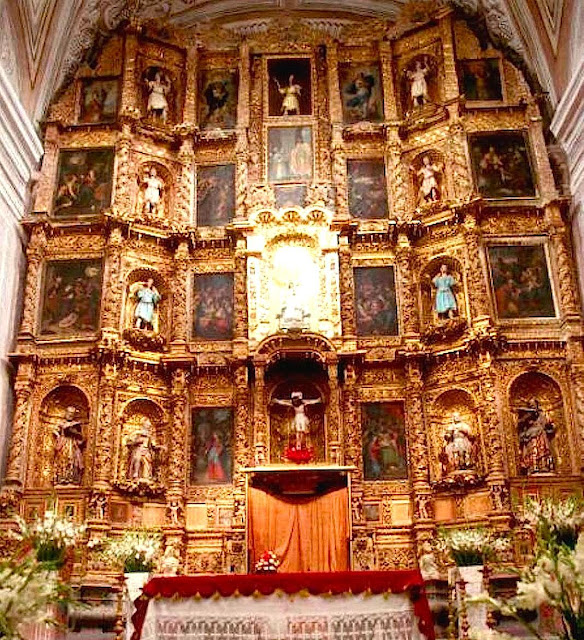 Little now survives of the 16th century altarpiece. As at Yanhuitlan and Coixtlahuaca, the original retablo was later enlarged and reframed in a rich baroque style replete with intricately carved spiral columns and decorative shell niches containing many later paintings and sculptures. This splendid gilded retablo, which rises in four main tiers and spans seven vertical divisions(calles) in a dynamic, screen-like format, has been fully restored and reassembled to once again dominate the east end of the church.

The Paintings
Although the later addition and misplacement of the artworks has made the original iconography and artistic attribution uncertain, it is believed that four of the ten original paintings contracted for by De Concha still remain in the present retablo, together with early statues of the Apostles. 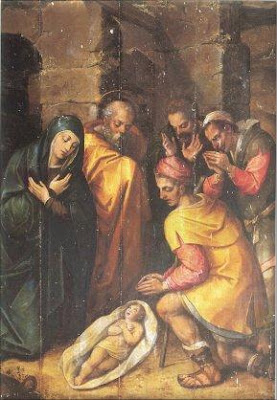 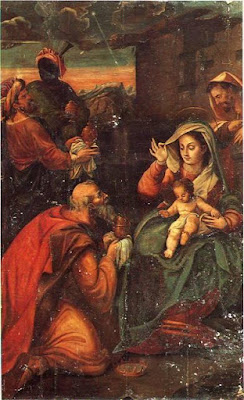 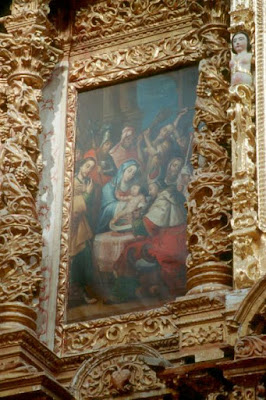 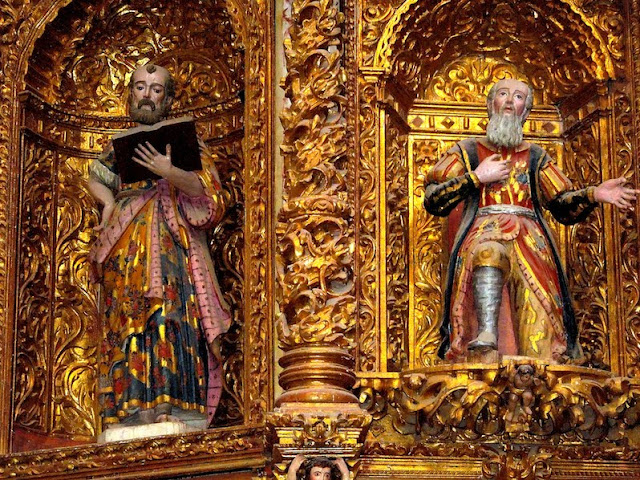 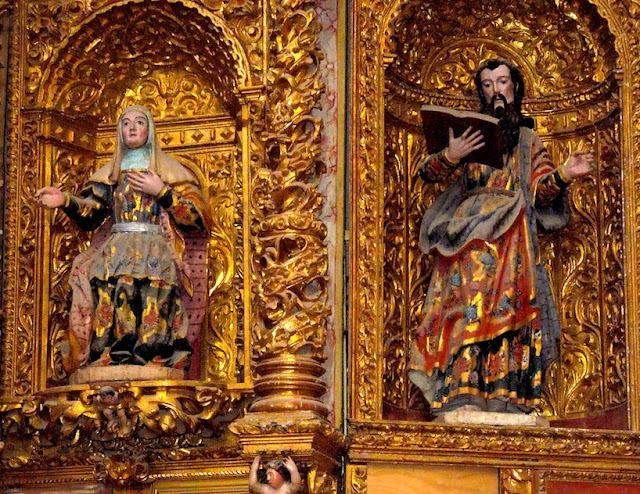 The Statuary
Among the many statues of saints in the retablo, several are original. These include the sculptures of St. Peter and St. Paul (located in the outer niches of the bottom tier).  Peter is paired with Joachim the father of the Virgin Mary, while Paul stands beside her mother St Anne.
These figures bear a striking similarity to those in the Coixtlahuaca retablo mayor. Their garments are arranged and ornamented in a closely related fashion, and their faces are also alike: Peter with his short beard; Paul with his flowing dark beard; and the telltale raised V in their brow is identical to the Coixtlahuaca sculptures. 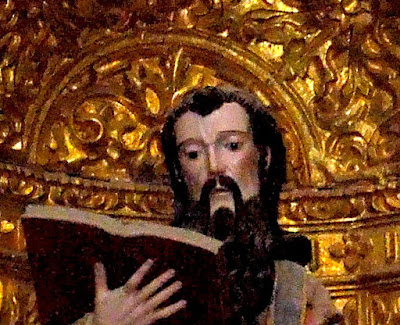 Although the carver of these figures is not known, they may have come from the De Concha workshop, or could possibly be the work of Simón Pereyns, the celebrated 16th century artist who designed and reputedly help carve the Yanhuitlan retablo.
Text © 2007 & 2019  Richard D. Perry
graphics and color images of retablo by the author
Posted by Richard Perry at 11:39 AM