In our recent posts on the Missions of Michoacan we have looked at several early churches along the shores  of Lake Patzcuaro.  In this post we visit the modest church of Santa Ana Chapitiro near San Pedro Pareo. 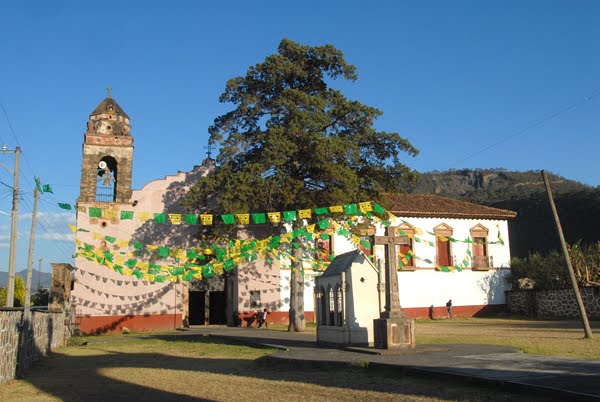 The church front is typical of the area in that numerous reliefs are embedded in the facade, notably below the belltower.  These include rosettes and religious monograms, the sun and moon, as well as a crude depiction of the Mexican arms—an eagle perched on a cactus with a snake in its mouth. 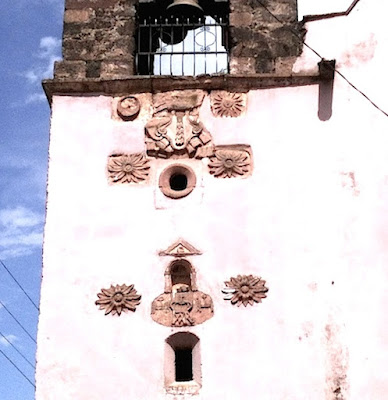 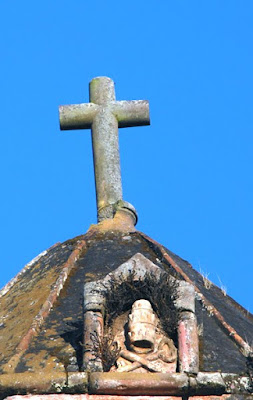 A plain cylindrical cross stands atop the tower above a niche with reliefs of the Papal tiara with crossed keys. 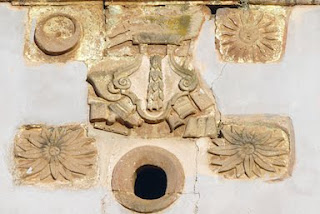 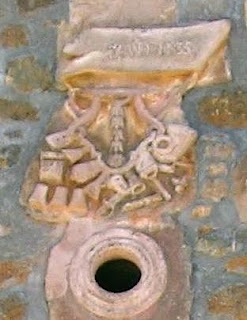 "Wound" reliefs at Chapitiro (l) and Pareo (r)
One unusual relief on the tower, similar to that at nearby San Pedro Pareo appears to show a bleeding wound ringed by instruments of the Passion. 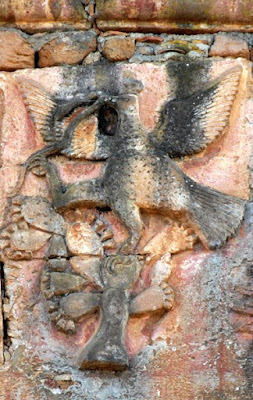 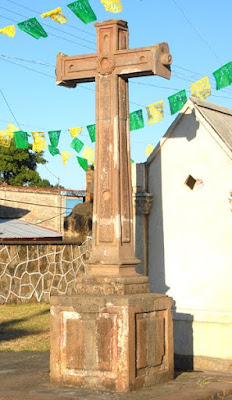 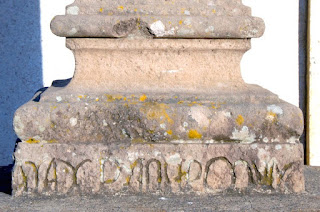 There is also an atrium cross out front, which although of modern manufacture rests on an older base with an inscribed pedestal of colonial date. 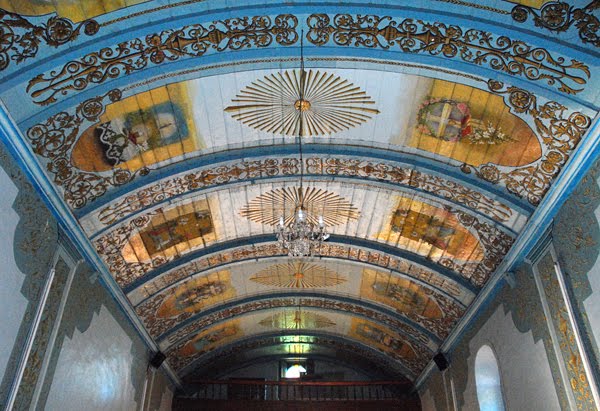 Inside, the nave of the church is roofed by a curved wooden ceiling painted with decorative motifs of recent vintage. 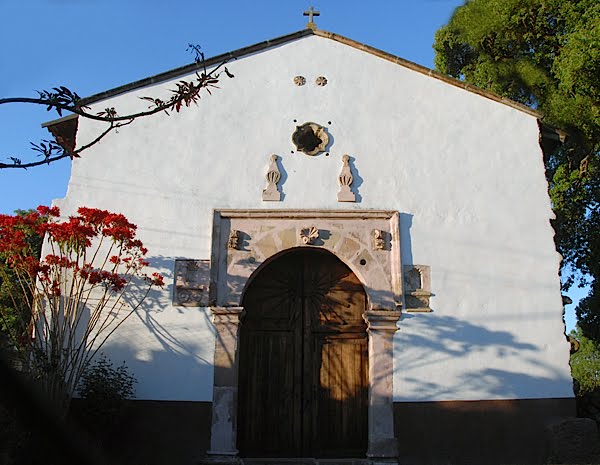 The remodeled hospital chapel of La Concepcion stands nearby, its doorway embellished with an alfiz and more reliefs including the regionally popular scallop shell.