As noted in our first post, San Gerónimo Tlacochahuaya is the most lavishly decorated of the churches in the Valley of Oaxaca. Our main focus in this ongoing series will be the church altarpieces and other furnishings. 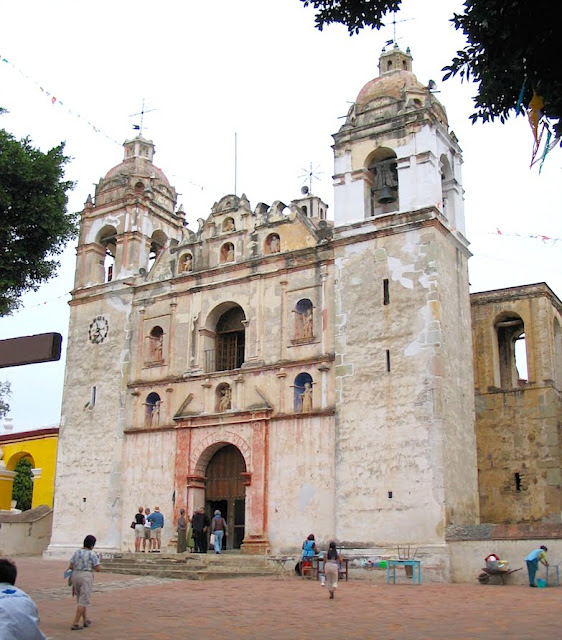 Inside, the church is a treasure house of colorful frescoes, colonial altarpieces, statuary and regional folk art. Walls, ceilings and domes are ablaze with decorative murals painted in brilliant reds, blues, and gold. 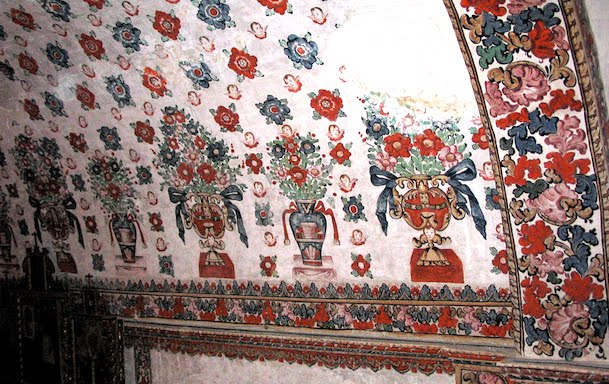 Patterns of rosettes alternate with winged angels’ heads. Giant urns, floral bands and braided moldings wreath the celestial company of figures around the domes, including the Holy Trinity and numerous archangels. 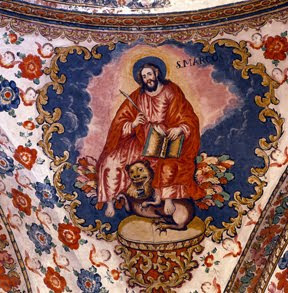 Above the crossing, the Four Evangelists seated on the pendentives with their animal companions seem poised to fly heavenward. 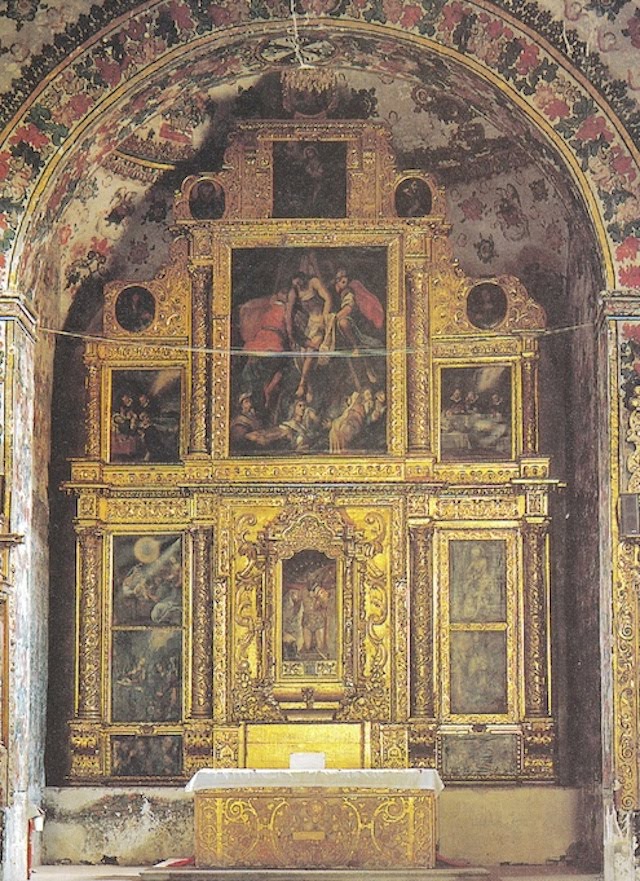 The Main Altarpieces
We begin with the main altarpiece. Recessed in the rounded apse, the main retablo is a classic statement of the Oaxacan baroque, elegantly framed by spiral Corinthian columns and gilded strapwork and pendants. 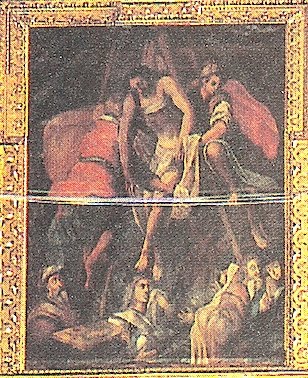 First among the large, rectangular paintings is a dramatic Descent from the Cross—believed to be by Juan de Arrué, the well-known  regional painter who was a student of Simon Pereyns and Andrés de Concha. The composition reveals a strong Mannerist influence in its unnatural lighting and the restless movement of drapery.
There are also graphic portrayals of the deaths of St. Dominic and St. Catherine. The patron St. Jerome kneels in penance in the center niche, accompanied by his lion—the sole statue in this altarpiece.
text © 2007 & 2020 Richard D. Perry
images by the author and courtesy of Felipe Falcón
Posted by Richard Perry at 10:11 AM