San Matías Tepetomatitlan is a former Franciscan visita mission located just east of the city of Tlaxcala. In an earlier post we looked at the early chapel adjacent to the church.
Two colonial stone crosses of interest, one complete, one only fragmentary, are found in the precincts. 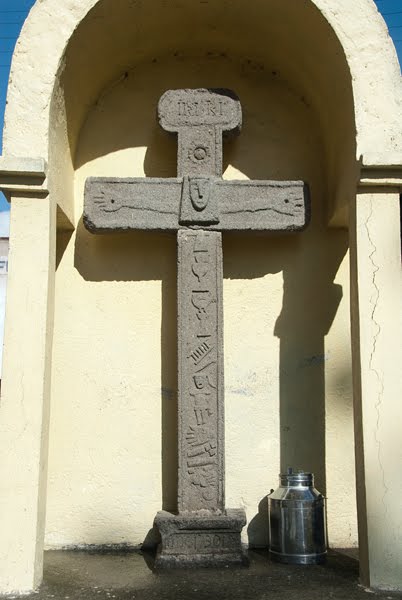 The Niche Cross
Set in a niche on the church front and carved from coarse basalt, this cross is the later of the two—with a date of 1790. The format is starkly rectangular with an oval plaque and no finials. 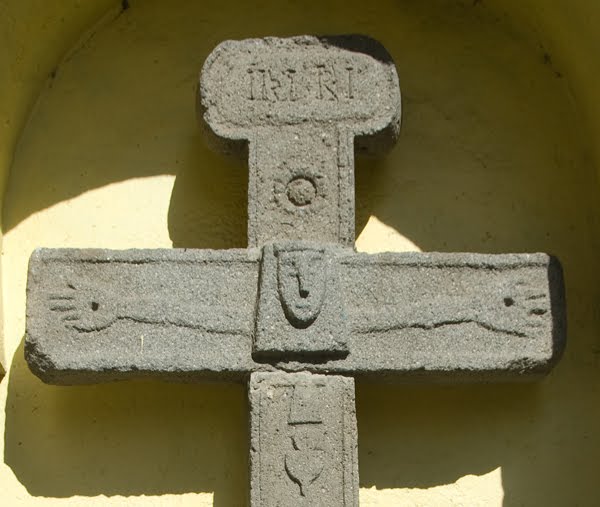 Although primitive in character, the reliefs are flat and crisply outlined. The most arresting feature is the Pharoah like Head of Christ at the axis, from which emaciated arms extend along the crosspiece, ending in open hands pierced with Wound holes—a configuration reminiscent of the cross at Zoquizoquipan (Hidalgo). 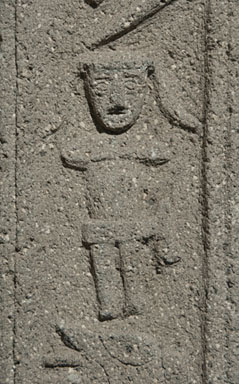 Although the Head is bare, a rosette style starburst on the neck above might be interpreted as a stylized Crown. The shaft of the cross is crowded with familiar Passion symbols crudely outlined in low relief. Among the most notable is a doll like figure, presumably that of Christ, on the lower shaft.

The Wall Cross
Of greater interest is the eroded but more skilfully worked isolated crosspiece—doubtless a remnant of an earlier atrium cross—now embedded in the upper facade. 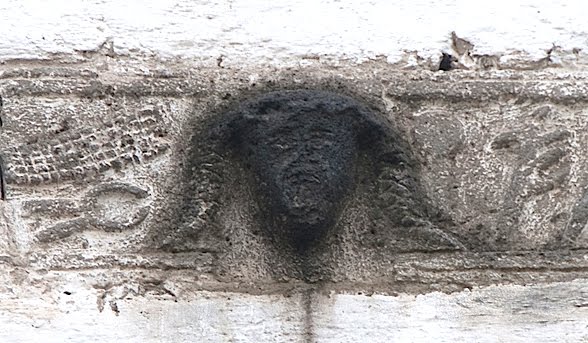 The prominent, blackened Face at the center trails streaming locks of braided hair. Numerous Passion implements are strung together frieze-like on either side, terminating in Sun and Moon reliefs. Of special note is the corn cob like relief on one side, balanced by a Corn plant on the other.
text and graphics © 2020 Richard D. Perry
color images courtesy of Niccolo Brooker
Posted by Richard Perry at 10:46 AM