In previous posts we have described the church and convento of Epazoyucan, in the state of Hidalgo. Here we look at early artifacts inside the church. 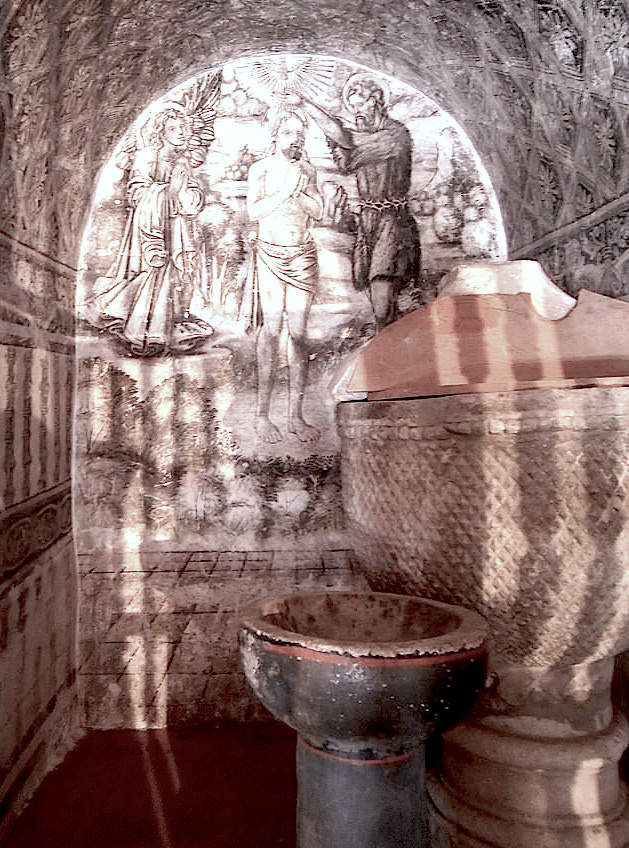 The church at San Andrés Epazoyucan houses at least two early stone baptismal fonts. The first, located in the baptistry itself is the more distinctive, its monolithic basin crisscrossed with basket like lattice work, giving it the appearance of an outsize pineapple.
This archaic look and its presence before a 16th century mural of the Baptism of Christ suggest a possible Franciscan origin antedating construction of the Augustinian church from the 1540s. 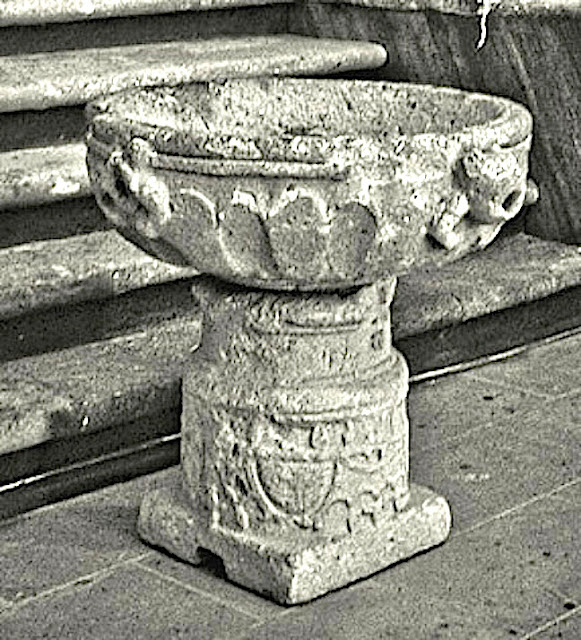 A second font stands before the altar steps in the nave.  Set atop a pedestal carved with relief decoration, the basin is scalloped in a shell like pattern, and spouts in the form of fish or animal mouths are let in below the rim suggesting its possible origin as a fountain.