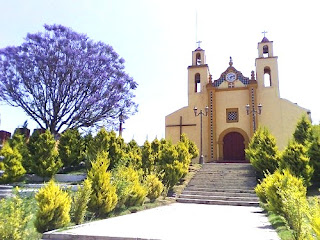 Much remodeled since its founding in the early 1600s, and set atop what may be a prehispanic mound or platform, the church contains few reminders of its Franciscan origins, with the notable exception of its striking, carved stone baptismal font. 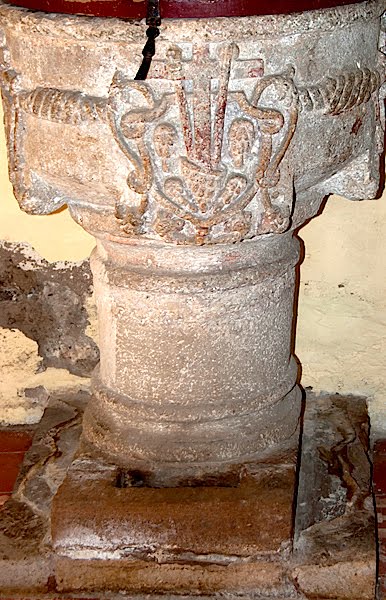 The monolithic basin is ringed by the Franciscan knotted cord linked to ornamentally framed reliefs of the Stigmata. The principal relief is atypical in that the customary Five Wounds surround a cross with two shafts or spears. 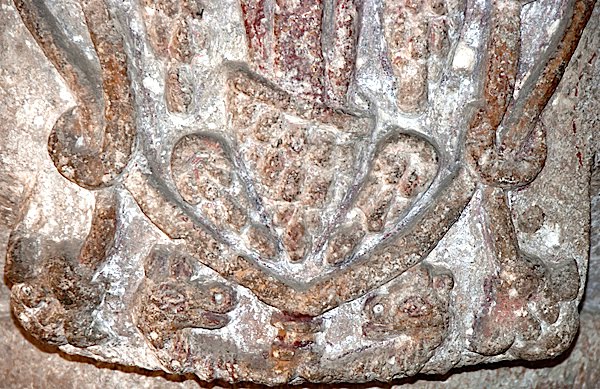 In addition, a pair of animal heads appears below the main relief.