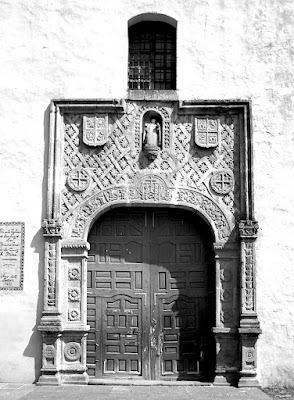 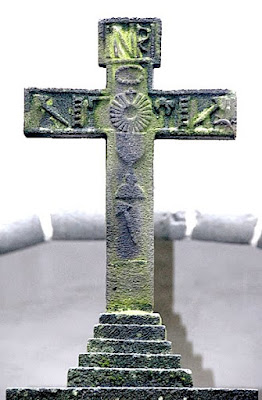 Chimalhuacan, the west doorway;            the atrium cross (Niccolo Brooker )
Aside from its spectacular mudéjar doorway and sculpted atrium cross, the other 16th century relic of note at the former Dominican church of San Vicente Chimalhuacan is its historic baptismal font. 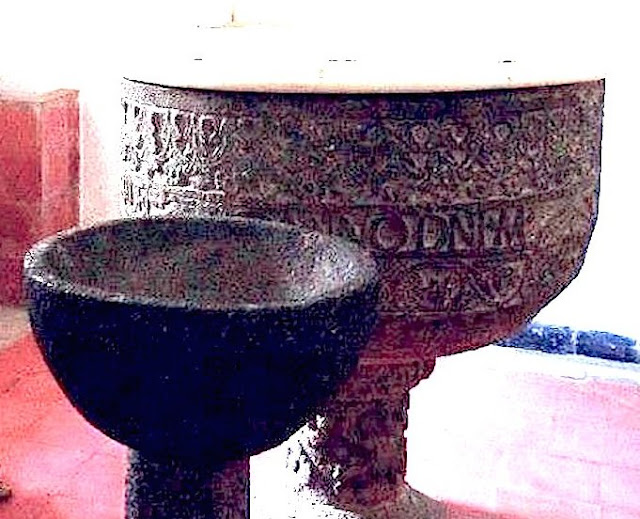 Although celebrated mainly for its connection to the great Mexican poet Sor Juana Iñez de La Cruz, who was baptized here in 1651, it is also one of the earliest documented carved stone fonts in Mexico.
Like most early colonial fonts, it is monolithic, carved from reddish brown basalt, and set on a round base. Below a plain rim two broad bands of intricately carved, highly stylized foliated ornament encircle the large basin.
Between them is a Latin inscription in bold relief, marked 1542, naming the pope of the time, Paul lll (1534-1549) thus confirming its early date: 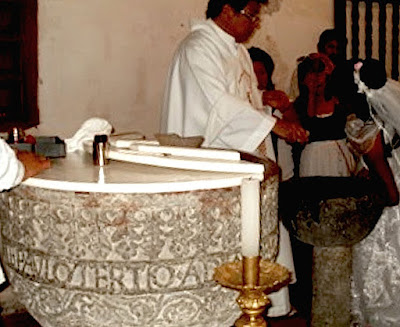