For our final posts on Chiapas, we look at several less well known pueblos-de-indios missions founded by the Dominicans at strategic points along the old colonial highway and beyond. Most of these were, for various reasons, abandoned, usually because of depopulation, and the missions left to the mercy of the elements.
In colonial times, the Camino Real, or "royal road", ran from Mexico City through Oaxaca and then Chiapas, at that time part of Guatemala, on its way to the colonial capital at Antigua. In the early years, the road followed an ancient Maya trade route south along the banks of the great Grijalva River, through the Central Depression of Chiapas from Chiapa de Corzo to Guatemala.

Later, with the establishment of the city of San Cristóbal de Las Casas, a secondary road was added which follows the present route of the Pan-American Highway, through the Chiapas highlands from San Cristóbal south to Comitán, after which it headed back down into the tierra caliente to join the original route. 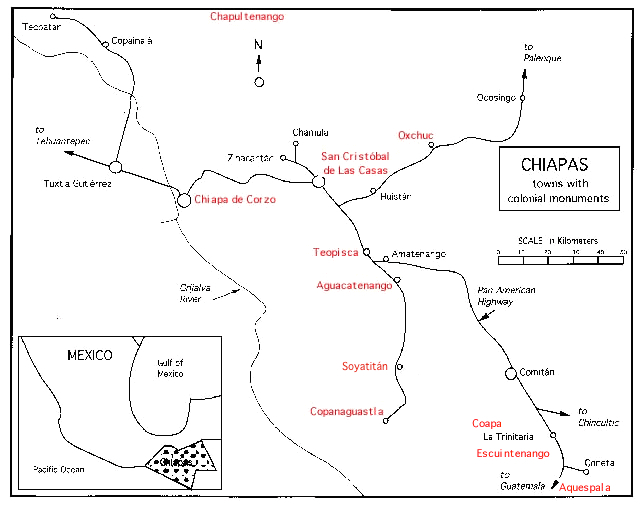 Some of these pueblos have since been re-settled, and their little known but imposing standing missions partially preserved and once again in use. These include Copanaguastla and Soyatitán, as well as lesser, still ruined examples at Coapa, Escuintenango, Aquespala and Coneta.
We focus first on one of the most impressive of these ruined missions at Asunción Soyatitán.

Crowning the brow of a hill half way down the road to the tierra caliente, the imposing stone church front of Asunción Soyatitán is a prominent local landmark.

Founded in the 1560s, Soyatitan was the principal visita of the Dominican monastery at Copanaguastla. Much of the fabric dates back to the 16th century, although the church was extensively rebuilt following a catastrophic fire in 1641. 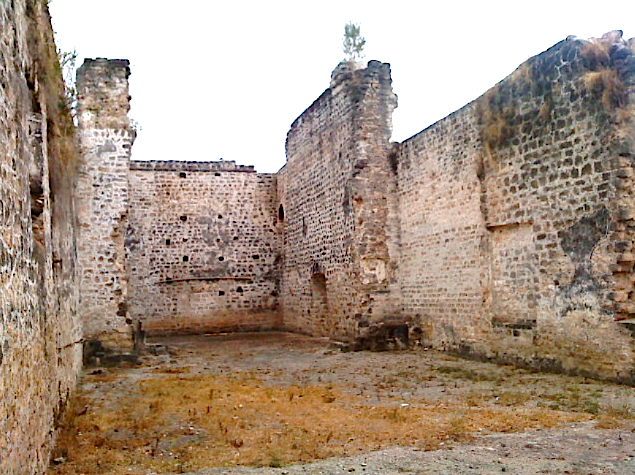 Today, although partly conserved in recent years, much of the old mission is still in ruins. The roofless nave, remains exposed to the weather, and while the sturdy rubble stone walls of the sanctuary block at the east end have resisted erosion, these too now show ominous cracks. 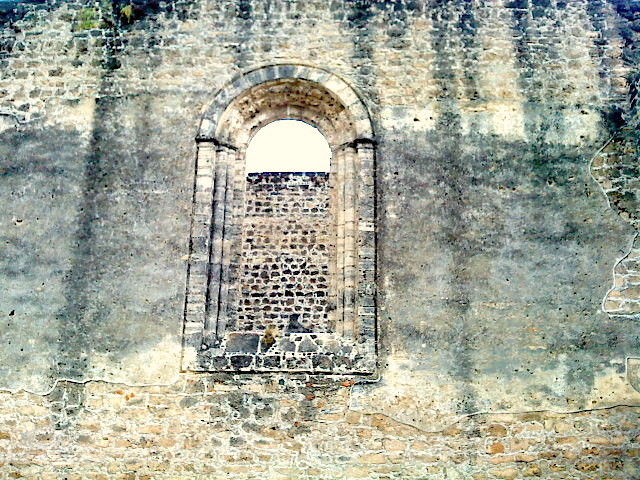 The restored sanctuary window on the north side, stepped and recessed with slender colonettes fitted into its jambs, is the only one to survive intact—a classic example of Dominican style openings in the region. 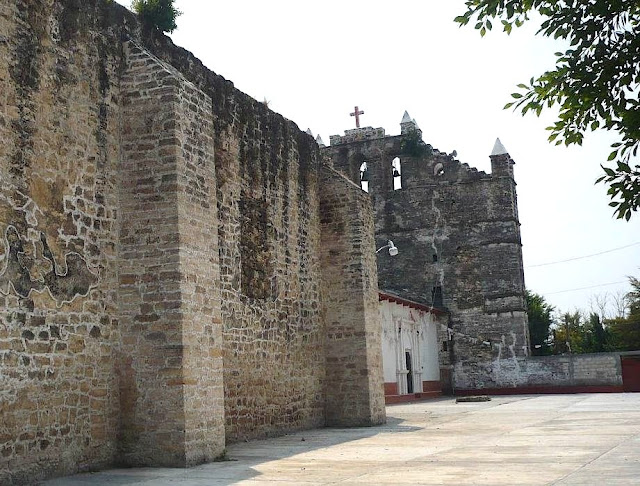 Inside the old nave, the villagers have erected a small tin-roofed chapel which is used for catechism and occasional services. 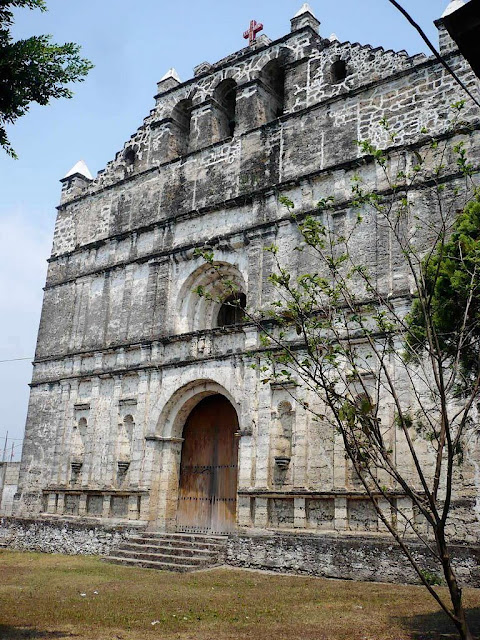 Facing a grassy atrium, the recently stabilized, monumental west front is the best preserved part of the church. Postdating the 1641 fire, it measures almost nine feet in thickness. The three tiers of the broad, retablo style facade are economically but harmoniously articulated by paired, plain pilasters set between narrow, continuous cornices.
Atop the facade, a massive, stepped bell gable retains enormous merlons on each corner. 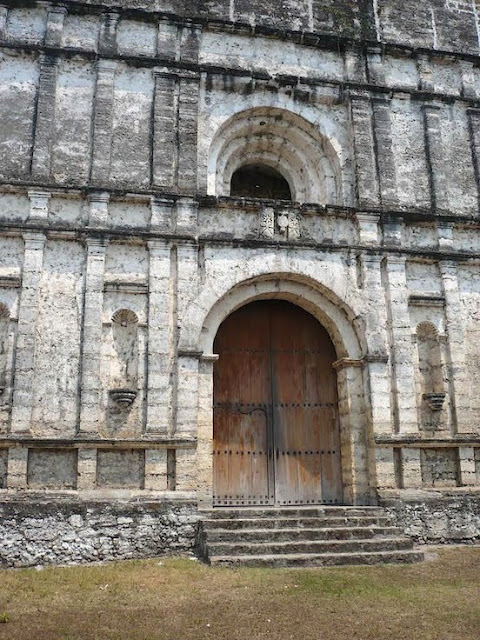 Like the sanctuary window, the rounded central doorway and choir window are recessed behind multiple archways in the Dominican fashion. Slender niches, empty of statuary, extend on either side of the doorway, embellished with supporting corbels and projecting scalloped arches.
A few token stucco urns and floral reliefs above the doorway constitute the sole ornament in this strong but sober facade—an architectural composition of considerable coherence and presence.
text © 2017 Richard D. Perry
color photography by Niccolo Brooker and José Baldemar García Ozuna

for more on colonial Chiapas consult our guidebook
Posted by Richard Perry at 2:46 PM