San Pablo Apetatitlan
Noble seat above the water
San Pablo Apetatitlan is one of a group of communities located on the slopes of the volcano Malinche in the middle of the state of Tlaxcala. The parish church of San Pablo is home to several colonial artifacts of interest. 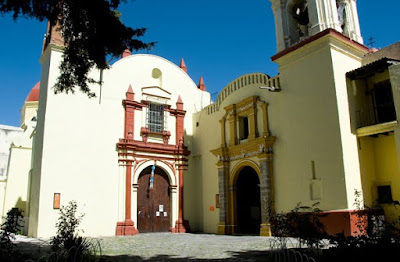 The church complex consists of the parish church, which dates from 1767, abutting the Temple of Jesus at right angles.
The San Pablo facade is sober Baroque, almost Mannerist in style—surprisingly plain for so late in the 18th century. 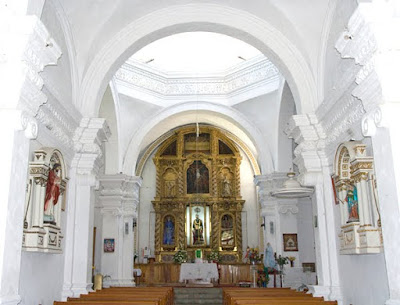 The whitewashed interior is cruciform in plan with prominent running cornices and a handsome octagonal dome. Several neoclassical retablos line the nave and transepts—some with earlier Baroque paintings of archangels and the Virgin Mary. 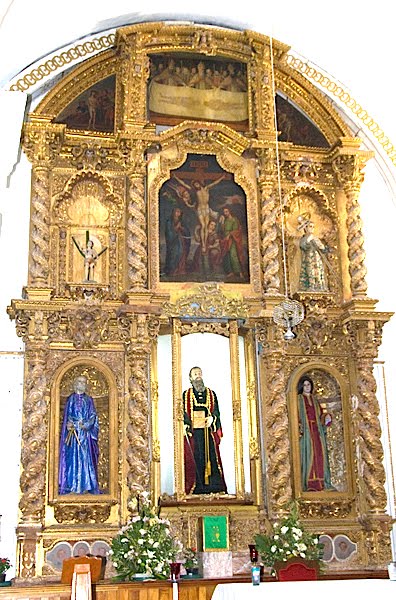 The gilded main altarpiece is conventionally Baroque in style with encrusted spiral columns and variously framed sculpture niches.  A statue of the patron St. Paul occupies the central vitrine, while St Francis, resplendent in a floral green robe, occupies one of the upper shell niches. 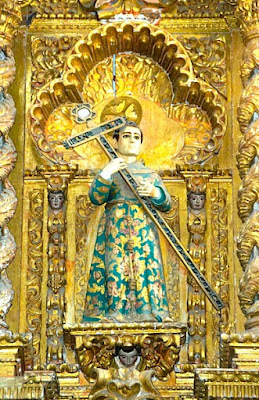 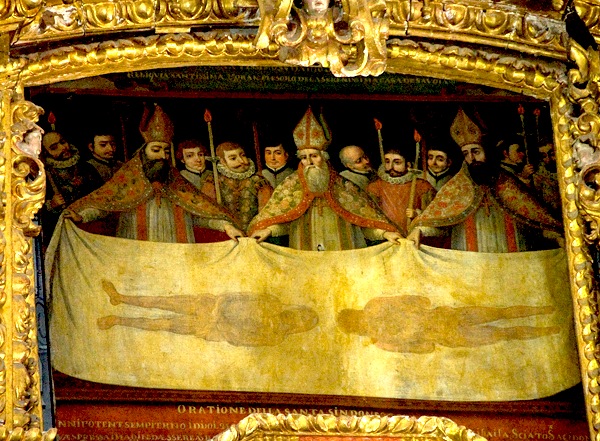 But the principal item of interest here is the painted panel at the extreme top of the retablo. Popularly thought to portray the Last Supper, it in fact represents the Shroud of Turin (La Santa Sindone) held up by a trio of bearded bishops amid a host of Spanish dignitaries in period costume. This may commemorate an actual public exhibit event in the 1700s.
A partly obscured Latin inscription lauds the Shroud. An extremely rare and historic work of viceregal art. 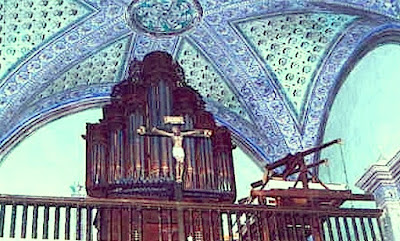 A magnificent Baroque pipe organ still stands in the choir loft beside an array of hand bellows used to power the instrument. The pipes are decorated in traditional fashion with mask like faces around the openings. 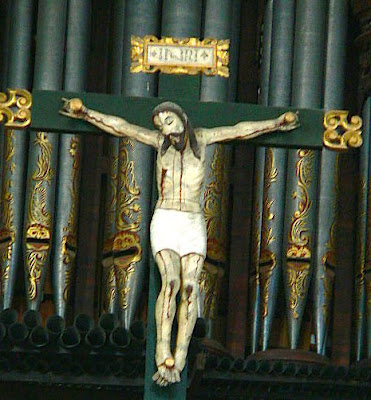 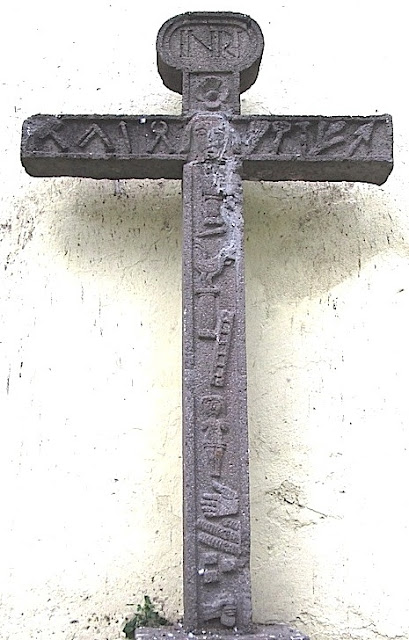 One other colonial monument of note at Apetatitlan is the old atrium cross, set in a former doorway to the right of the church facade.
Like many others in the Puebla/Tlaxcala region, the cross features slender, elongated arms and shaft. Bas reliefs of Passion symbols are carefully spaced within its narrow outlines: an eroded Face of Christ occupies the axis while various Instruments of the Crucifixion, such as the Hammer, Pincers, Arrow, Nails and Spear heads line up along the arms.
More detailed objects, such as the Column, Rooster and Chalice are carved on the shaft, including an odd, doll like figurine, possibly representing an archangel.