For our second post on Zacapu we turn to the former hospital chapel, now dedicated to Guadalupe, and its gem like colonial altarpiece. 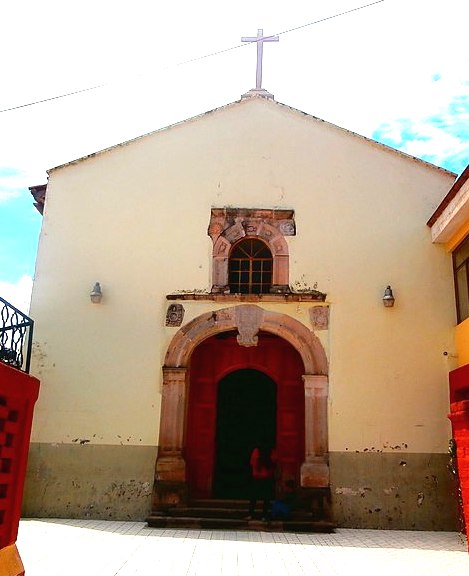 The Hospital Chapel
On the north side of the vast paved plaza out front of the main church, now partly obscured by a modernistic structure and along a narrow walkway, we can still find the former hospital chapel of Zacapú. 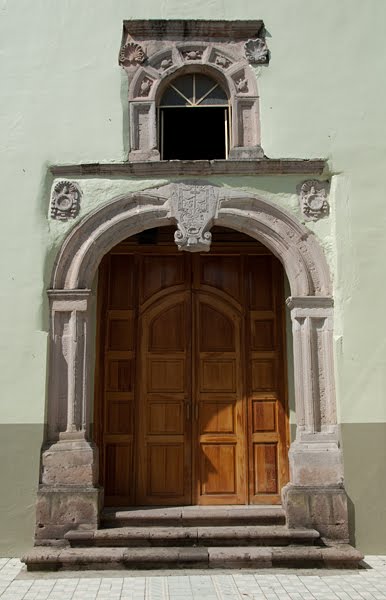 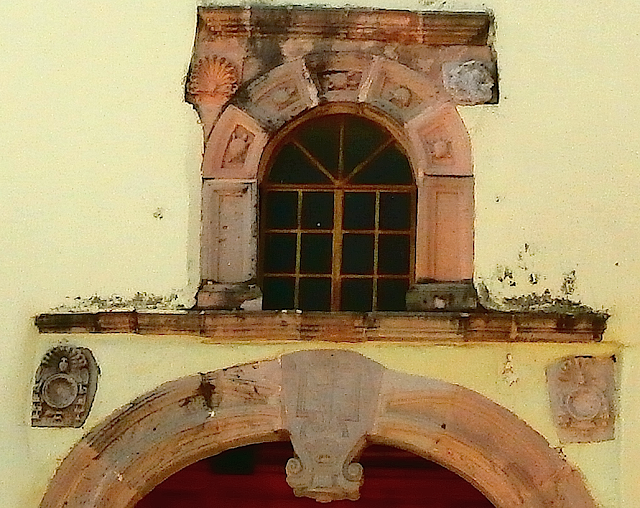 The facade retains its original doorway and choir window, with several embedded stone shell reliefs, one with the date of 1649. 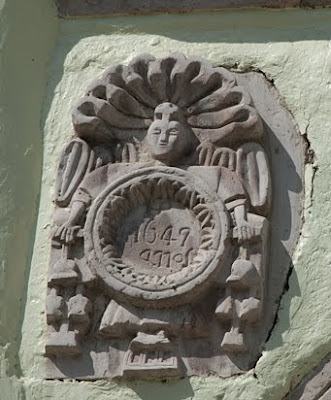 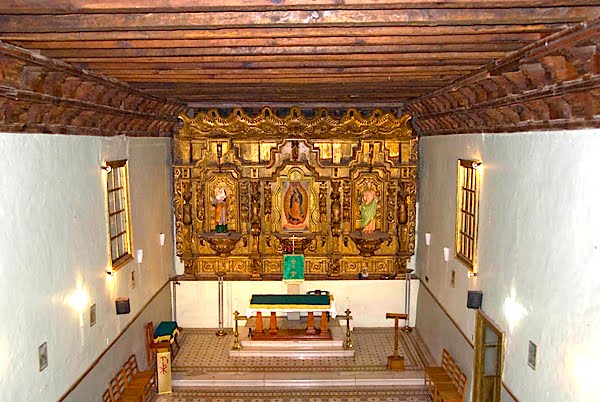 The boxy interior is roofed by a traditional wooden beamed ceiling with arrocabe supports on either wall, and is enriched by a small but highly refined gilded retablo gleaming at the far end. 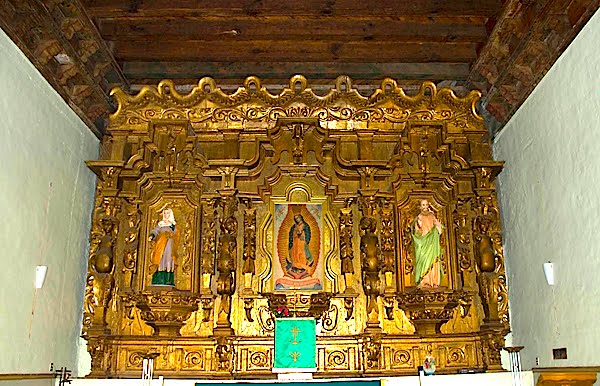 The classic portrait of Guadalupe at center is flanked by statues of Sts Joachim and Anne, the parents of the Virgin Mary. 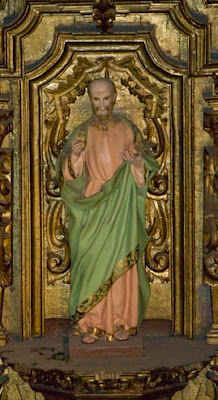 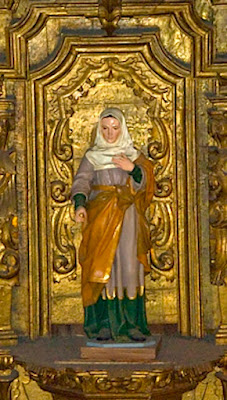 Fashioned in an idiosyncratic late baroque style, the retablo features elegant siren like caryatids carved in sinuous postures with twisted heads, which might fancifully seem to relate to the steps of some women in the Guadalupe procession, popularly called La Topa de Guaresitas. 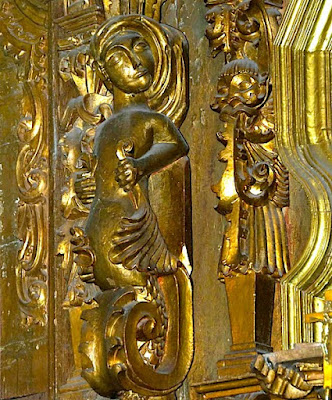 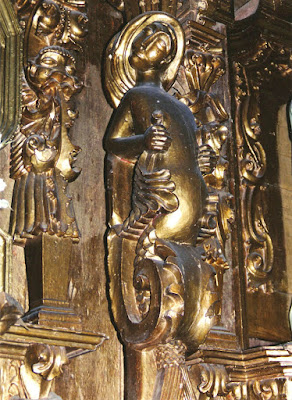