This is the first of two posts on the colonial churches of Zacapu in central Michoacán. 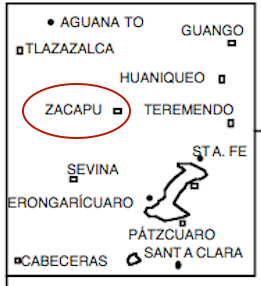 In ancient times Zacapú was the site of a major shrine dedicated to the sun god Curicaueri, which overlooked a lake sacred to this greatest of the Tarascan deities. Although the lake subsequently degenerated into unhealthy marshland, the settlement remained populous into the 1500s. 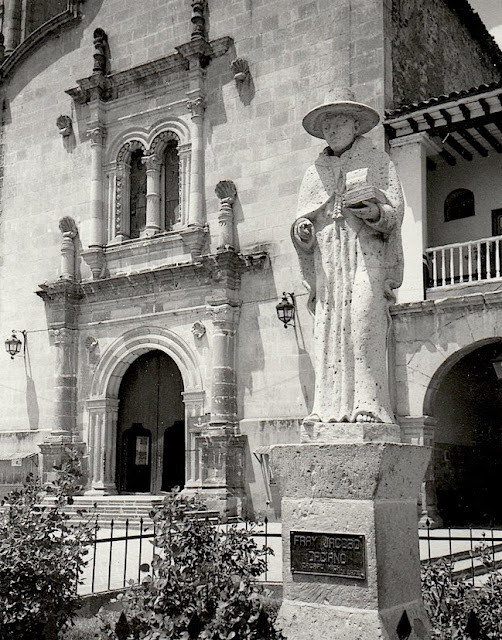 In 1540 Fray Jácobo Daciano, the aristocratic Danish friar and "Apostle of Michoacán" whose name is also associated with Tarécuato and Tzintzuntzan, founded the mission here, supposedly raising the first primitive thatched chapel with his own hands. A statue has been erected in his memory in the atrium, complete with his broad-brimmed pilgrim’s hat.
By the end of the 16th century, Santa Ana Zacapú was counted among the leading Franciscan houses in Michoacán. The present church was erected during the 1570s, under the supervision of Fray Pedro de Pila, the distinguished builder of Tzintzuntzan. 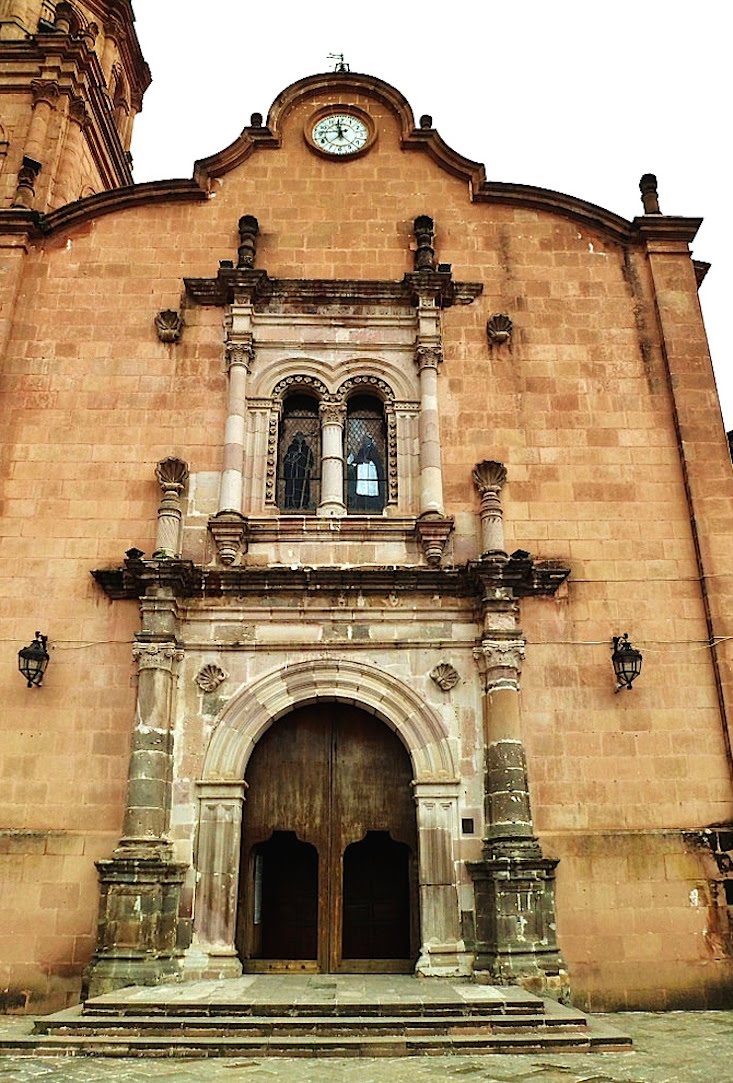 The Church Front
Studded with bold shell reliefs, the imposing Plateresque facade recalls Tzintzuntzan and Erongarícuaro, although the Corinthian columns, paneled jambs and pedestals give it a more soberly classical appearance. Note the unusual angled shells flanking the doorway. 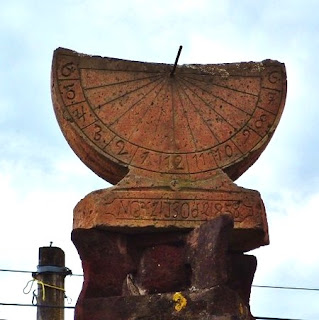 The atrium resembles a sculpture garden with its carved 17th century stone cross and a handsome sundial set on a column alongside the statue of Fray Jácobo. The curvacious clock gable and church tower are more recent additions and the interior has been entirely made over, retaining few obvious colonial features. 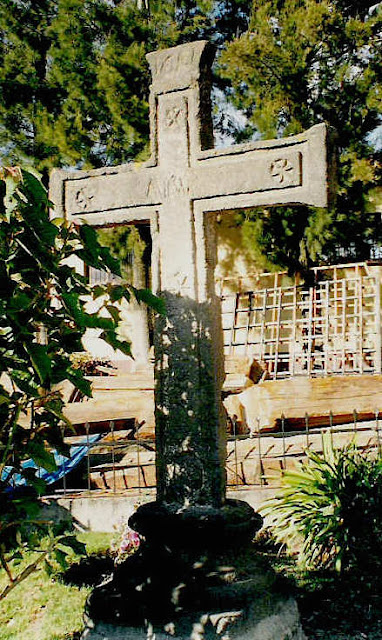 The Atrium Cross
Simply carved with minimal ornament, the cross employs a cross- within-a-cross motif, and is decorated with plain rosettes on the neck, shaft, and flared arms.  A crude skull and bones relief foots the shaft. 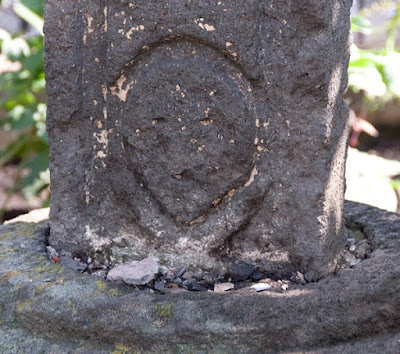 The Convento
Although much of the portería arcade has now been closed in, the adjacent convento has a raised exterior gallery in the regional manner. The tunnel-like entry vestibule bear fragmentary frescoes, possibly portraying the entry of the 12 Franciscans in 1524. 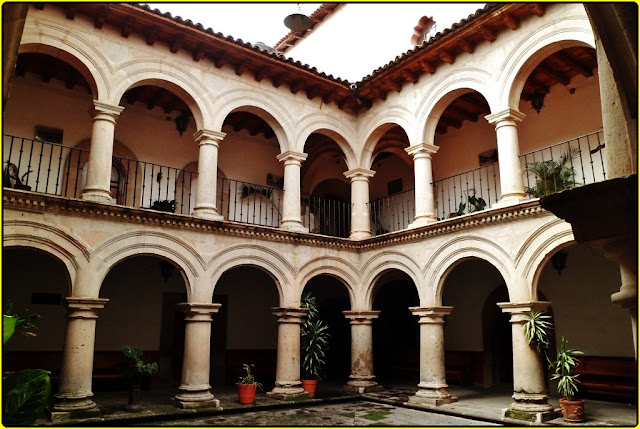