In an earlier series of posts we looked at the great Augustinian priory of Santos Reyes Metztitlan and its many dependencies*.
In this post we turn to its predecessor mission in that town, the church and convento of La Comunidad, located in the lower part of the pueblo.
This relatively modest mission, later superseded by the grand priory, consisted of a church and adjacent convento, possibly incorporating an open chapel in its early days, which are thought to date to the late 1530s, placing the mission among the first to be built in Mexico subsequent to the Spanish Conquest. 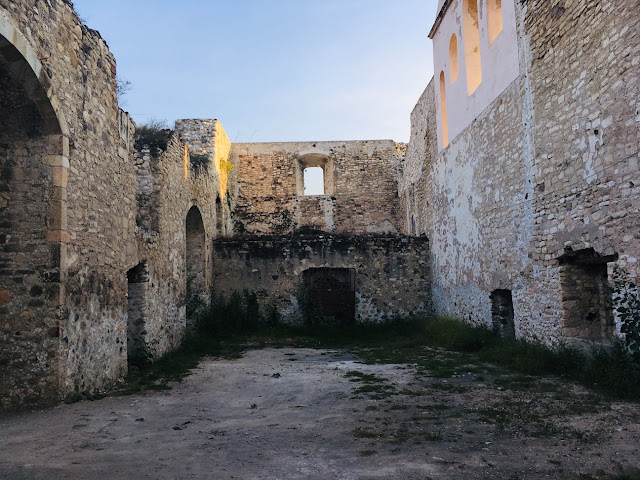 Abandoned for many years to neglect and virtual ruin, the roofless church, long used as a stable, has recently been cleared of rubble although not significantly restored, apart from its imposing belfry or espadaña which sets in the common wall between church and convento. 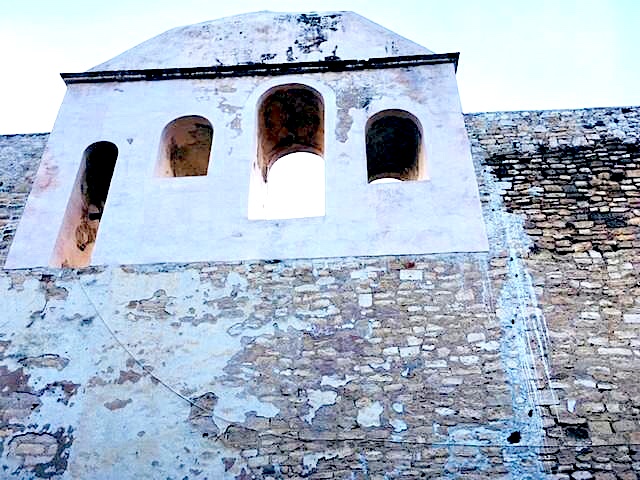 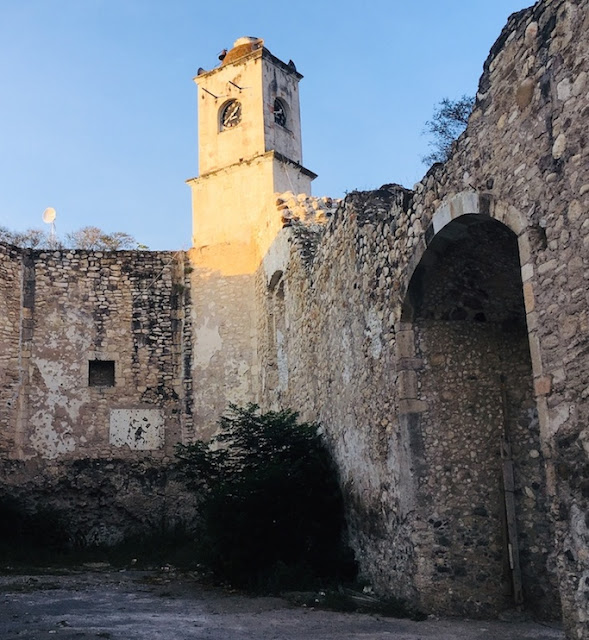 A later belltower sits above the octagonal apse. 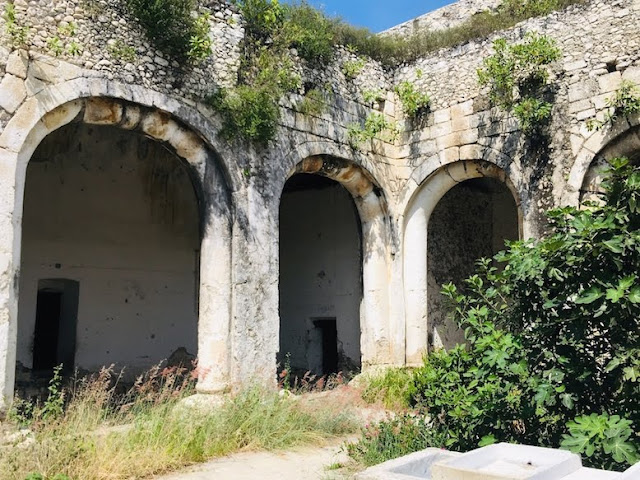 The overgrown cloister features arcades of great interest in that lateral columns are ingeniously recessed within each pillar on either side and, aside from the base pedestal, extend unbroken by any molding or capital around the entire archway. 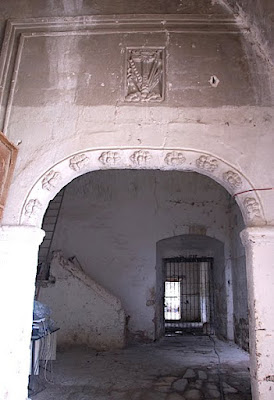 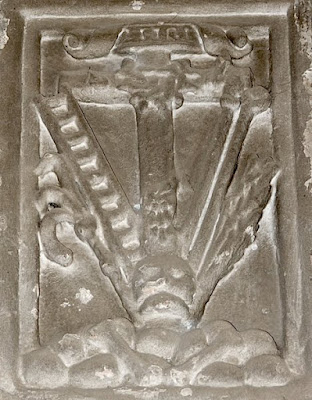