Another striking nearby visita of Metztitlan is that at Jilotla. 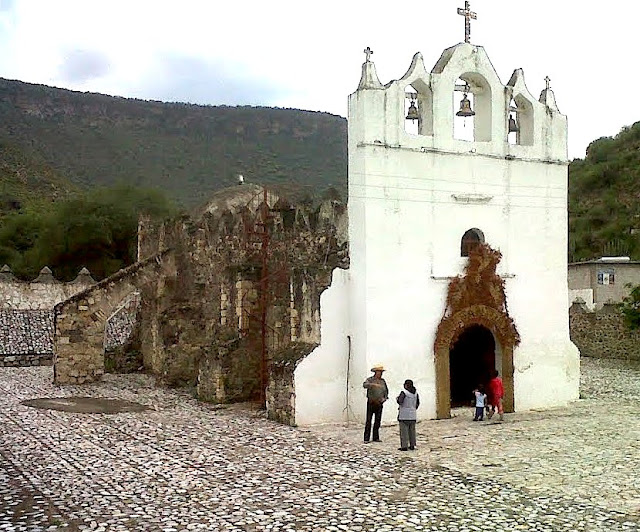 Set within a large walled and paved atrium, the small church or chapel of San Pablo is built entirely of stone. Its walls are battlemented and heavily braced by imposing buttresses, including arched “flying” buttresses supporting the domed sanctuary at the east end, which may once have served as an open air chapel. 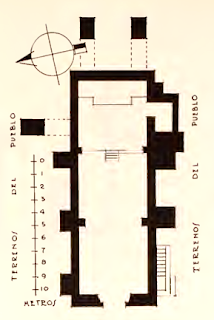 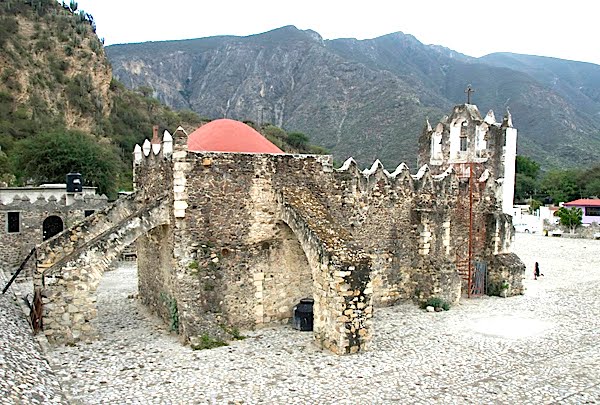 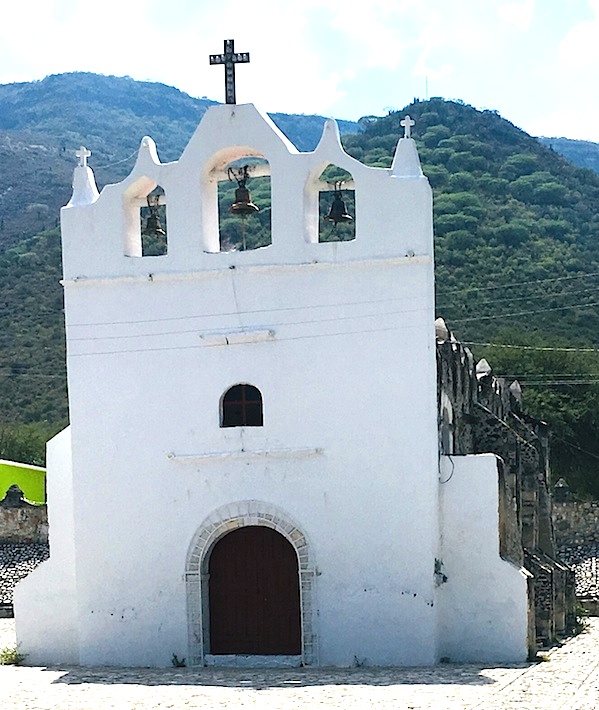 The facade follows the regional pattern; its tall whitewashed front is capped by an ornamental triple belfry or espadaña in the style of the priory church at Metztitlan, containing at least two colonial era bells. 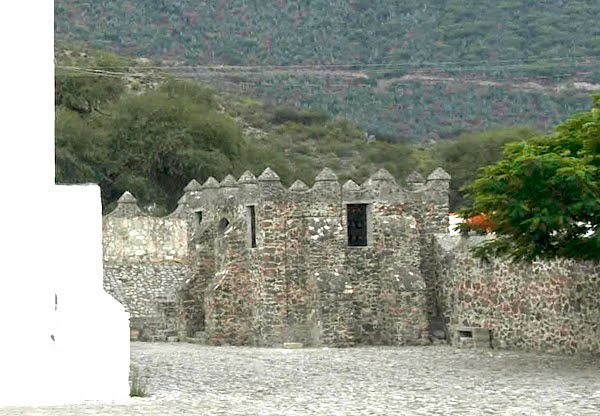 A separate stone structure, again sturdily buttressed and battlemented, occupies the southeast corner of the atrium, possibly the site of a former processional posa.

text © 2019 Richard D. Perry
photography courtesy of Niccolo Brooker and Robert Jackson, who reminded me about this church.
Posted by Richard Perry at 11:53 AM